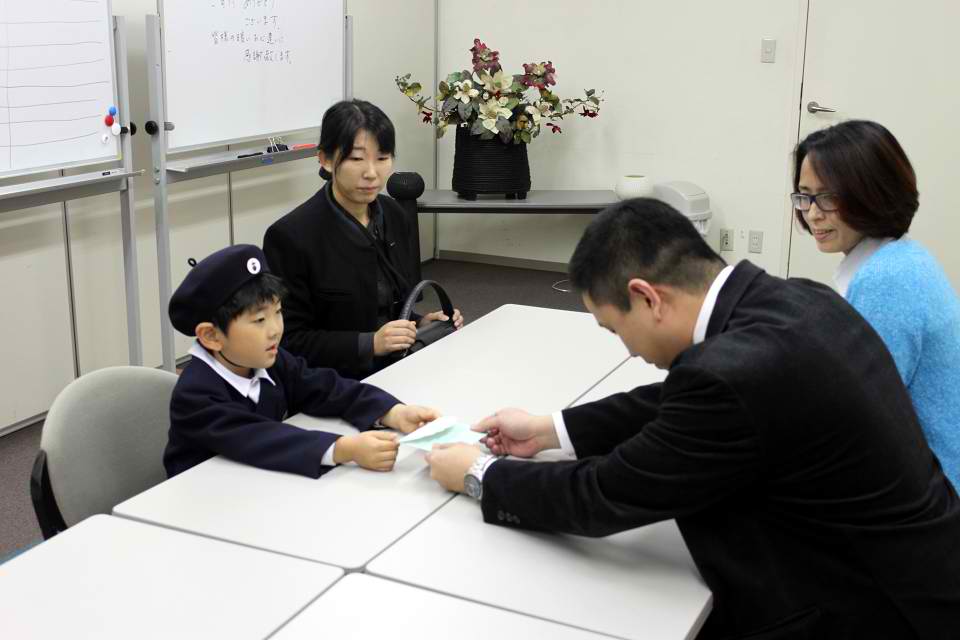 PHOTO from Philippine Embassy in Tokyo

Because of his act on Thursday, the Japanese pre-schooler emerged as a symbol of the world’s generosity to the Philippines as it struggles with the devastation left by the supertyphoon in the wake of the damage left by earlier typhoons and a massive earthquake in other parts of the country.

“Consul Bryan Dexter Lao expressed the embassy’s gratitude for this very sincere gesture of kindness and sympathy from the embassy’s youngest cash donor,” said a statement issued by the Philippine Embassy in Japan.

Kondoh was accompanied by his mother Miho Kondof when he handed over his donation and signed the condolence book at the embassy.

The boy’s personal contribution is apart from the Japanese government’s continuing emergency funding for the Philippines, raised yesterday to $52.1 million (nearly P2.3 billion), with a fresh allocation of $20 million (P872 million), according to the Japanese Embassy in Manila.

The amount will be spent on food, shelter, water and sanitation supplies to be funneled through the World Food Program, UN Children’s Fund,  the International Organization for Migration, the embassy said.

Earlier this week, Japan also deployed a 25-member medical team in the Philippines to reciprocate the Philippines’ help following the 2011 earthquake and tsunami that swept through northeastern Japan, killing more than 15,000.

In all, foreign aid for Yolanda relief has reached P5.4 billion or $126.8 million from 43 countries and international organizations, said the Department of Foreign Affairs. The foreign office is also helping facilitate the fast entry and conveyance of foreign donations.

DFA spokesperson  Raul Hernandez said the foreign office has been receiving reports of how Filipino communities abroad have been mobilizing to pool together donations for victims of the disaster.

“The DFA is receiving heartwarming reports from our embassies and consulates about the various initiatives of Filipino communities abroad to help their fellow Filipinos who have been affected by this disaster,” said Hernandez.

For instance, Hernandez said, the Bayanihan Council, an umbrella of Filipino groups in the United Arab Emirates, sent P110,000 and the Filipino community in Malaysia around P43,000 to the Philippine Red Cross.

Israel also sent a humanitarian mission to the country in addition to the deployment of a 200-member medical team. The mission came with a $4-million medical facility currently operating in Bogo City in northern Cebu.

France also increased its assistance with the scheduled arrival of a contingent from French non-government organization Action Internationale contre la Faim (AICF). The group, set to arrive aboard a chartered Airbus plane, will arrive in Cebu along with 16 civil security officers and 2 officers from the French government’s Crisis Center based in Paris. Some 40 French firefighters will also arrive over the weekend.

Some 100 tons of equipment—water purification systems, material for shelter, and medical kits—is to arrive on Sunday, the French embassy in Manila said. This is in addition to some 10 tons in relief supplies that the French government sent earlier.

The European Union’s top humanitarian official, Commissioner Kristalina Georgieva, is to visit Tacloban City on Saturday to assess assistance requirements. Georgieva “interrupted” her trip to China to make an urgent trip to the Philippines, according to the EU delegation in Manila.

In Tacloban, she will meet with Philippine officials coordinating the relief effort and the EU Civil Protection Staff earlier deployed to the disaster area.

Total aid from the EU and its member states has so far reached  Euro 60 million or about P3.4 million.

The Emperor of Japan has also sent a message to President Aquino “expressing His Majesty’s sympathy on the loss of lives and severe damage the Philippines,” according to the Japanese embassy in Manila.