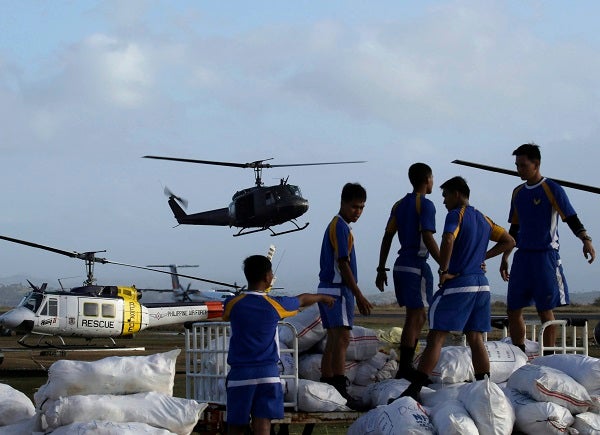 MANILA, Philippines – New Zealand has raised $500,000 to pitch in the relief efforts spurred by foreign countries for the victims of monster typhoon Yolanda, according to Television New Zealand’s (TVNZ) website.

Oxfam, an international confederation that aims to find solutions to poverty, has raised $83,000, a day after it announced its Typhoon Haiyan (Yolanda’s international name) appeal.

According to TVNZ, the aid agency has set a goal to raise $20 million globally and another $400,000 from local New Zealanders to reach the half-a-million people affected by the “Yolanda.”

The Philippines Bakery, a Filipino-owned bake shop in Christchurch, is donating some of its earnings to the victims of Yolanda.

“We can’t do everything, but we can do something to make a difference for their lives,” Daniel Mendiola told ONE News, TVNZ’s news division.

The additional sum is to sweeten the $150,000 it committed to the International Federation for Red Cross to support the immediate relief operations. Bong Lozada, INQUIRER.net