California lawmaker calls for better services for US veterans 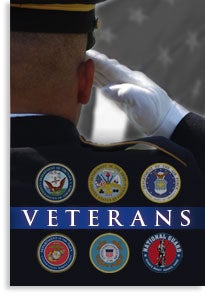 SACRAMENTO, California—To mark US Veterans’ Day, on Nov. 11, Assembly Member Rob Bonta cited Alfonso Lamata as “our 2013 Veteran of Year” and called for better services for veterans of the US armed forces.

“I’m reminded of the sacrifices our active duty personnel, veterans and their families make for all of us and our country,” said Bonta, “and we owe a debt of gratitude to them,” for the challenges of deployment and returning to civilian life.

Lamata enlisted in the United States Army during WWII, and as a corporal, he first served in the Second Filipino Infantry Regiment, Company D. He was later transferred to the First Filipino Regiment, and in 1944, he was sent to New Guinea, where he trained and worked in intelligence and reconnaissance.

In the Philippines, Lamata did covert intelligence work and was one of the soldiers who raised the American flag in Leyte four days prior to General Douglas MacArthur’s landing.

“Let’s continue to honor the memory of those who made the ultimate sacrifice by giving the living service members and their families the respect they deserve and access to the services they need,” stated Bonta.

With more than two million veterans living in the state of California, Bonta underscored the need to provide returning veterans or surviving family members the tools they need to succeed in civilian life.

“I am proud to partner with my Republican Assembly colleagues in a bipartisan training program for the district office staff of the entire 80-member Assembly,” Bonta said. “This program teaches best practices to our staff, so that a veteran—from a conflict that is new or old—will know she or he has finally found the office that can help.”

For more information about California’s programs and services for veterans and state legislation impacting veterans, visit www.calvet.ca.gov, check Bonta’s website or contact his district office at (510) 286-1670.