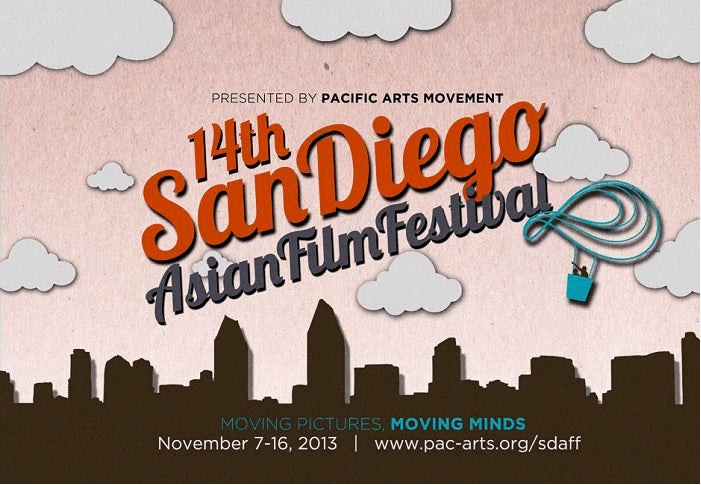 SAN DIEGO—Myx TV is sponsoring the 14th annual San Diego Asian Film Festival (SDAFF), one of the country’s largest film exhibitions of its kind, featuring over 140 films from 15 countries.

Presented by Pacific Arts Movement, the festival runs from November 7 to 16, at multiple locations throughout the County and at the Digiplex Mission Valley (7510 Hazard Center Drive, San Diego, CA 92108).

A national landmark and pillar of the film community, the San Diego Asian Film Festival has attracted filmmakers of Asian heritage from all over the world by shining the light on uniquely told stories and inspirations.

Program highlights include its opening night film on November 7, “Finding Mr. Right,” a romantic comedy on the pursuit of love and “anchor babies.” Much-anticipated documentary, “When I Walk,” takes the centerpiece spotlight as it tells the tale of living, creating and loving with multiple sclerosis.

On November 15, the festival’s closing night film presentation is the documentary, “Documented,” which follows the story of the Pulitzer Prize-winning journalist Jose Antonio Vargas, whose courage to take his undocumented immigrant status public has made him a face and champion for millions of Americans fighting for recognition and basic rights.

In addition, the festival will honor UCSD alumni and digital media trailblazers, Wong Fu Productions. Ten years ago, on the cusp of the launch of YouTube, Wesley Chan, Philip Wang, and Ted Fu were some of the young pioneers of viral video content that changed the landscape of entertainment and its accessibility to emerging artists and under-represented talent.

“We are so excited and proud to present such a thoughtful and dynamic crop of films for our 14th festival season,” said Lee Ann Kim, executive director for Pac-Arts. “I am truly amazed each year at the passion and dedication of our filmmakers to the craft, and so grateful that our SDAFF is part of their artistic journey.”

Tiffany Phung, marketing manager for Myx TV, said, “It is through telling stories that our culture is preserved and passed on. Cinema plays a critical role in authentically memorializing the Asian and Asian American experience.”