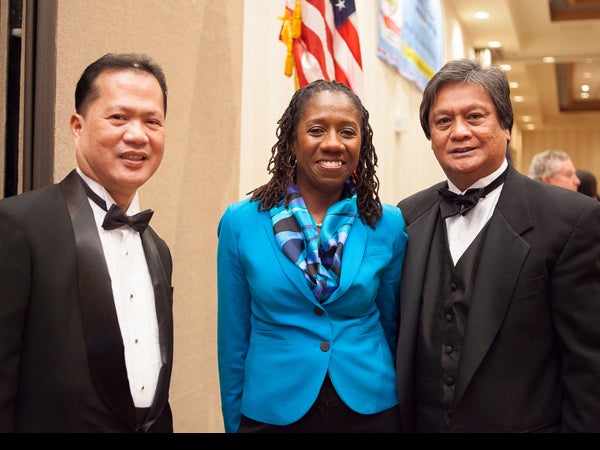 Faldef, whose motto is “Defend, Serve and Educate,” is modeled after the National Association for the Advancement of Colored People (NAACP), United States’ largest civil rights organization.

Past president and director counsel of NAACP Legal Defense and Education Fund Sherrilyn Ifill addressed the Filipino-American community, citing the important role of its grassroots members in diagnosing the health of American democracy. She also gave tribute to the black leaders who founded the NAACP on the basis of the mission to defend people of color.

Families of Filipinos who were subjected to immigration deportation spoke about their personal plight, how the broken immigration policies led to their years of persecution in the country, while awaiting immigration reform.

Many of these families entered legally through student or work visas. One couple, Mel and Babes Gulfin, were detained for almost seven months with their son, Miguel Gulfin, who is now a recipient of the Deferred Action for Childhood Arrivals (DACA) benefit approved by President Barack Obama last year.