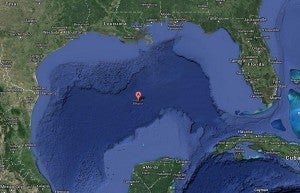 MANILA, Philippines — Search and rescue crews of the United States Coast Guard recovered Tuesday the body of a missing Filipino oil worker who accidentally fell off an offshore platform in the Gulf of Mexico on Sunday, the Philippine Embassy in Washington D.C. said on Wednesday.

In a statement, the Embassy said the body of Filipino welder Peter Jorge Voces, 38, was found on Tuesday morning off the Louisiana coast pinned just below the platform from where he fell Sunday night.

“It is with deep sadness that we learn about the loss of our kababayan (countryman). Our thoughts and prayers are with his loved ones in the Philippines,” said Philippine Ambassador to the US Jose Cuisia Jr.

At the time of the accident, Voces was working with a derrick barge crew in dismantling a platform of Houston-based Talos Energy in an area called Vermillion Block 200, located some 88.5 kilometers south of Freshwater Bayou in Louisiana, the embassy said.

The Philippine embassy quoted Talos Energy representative David Blackmon as saying that Voces was “knocked off the platform by an empty storage tank,” pushing him overboard into waters roughly 30.5 meters deep around 7:30 p.m. on Sunday.

It was not clear how the storage tank ended up collapsing onto Voces as US authorities were still investigating the accident, as of Wednesday.

A massive search was led by the US Coast Guard, which sent two cutters, two helicopters and two planes for the effort. Six civilian offshore supply vessels also assisted in the operations.

The Filipino worker’s body is now in the custody of his employer Offshore Specialty Fabricator LLC. He is known to have been deployed by Manila-based manning company 88 Aces Maritime Services.

Philippine Consul General in Chicago Leo Herrera-Lim, whose jurisdiction covers the Louisiana area, extended condolences to the Voces family and assured help in repatriating their loved one’s remains. The mission will also provide assistance in securing Voces’ benefits from his employer.

“We will do everything possible to bring Mr. Voces home at the soonest possible time,” Herrera-Lim said.

Voces was the fourth Filipino killed while working in offshore oil rigs in the Gulf of Mexico, the Embassy said. In November last year, three Filipinos died and three others sustained serious injuries in an explosion at an oil platform some 248 kilometers from where Voces died.
Related stories