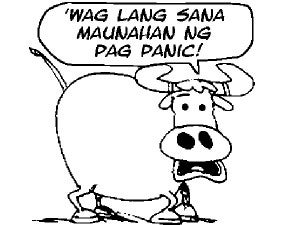 LOS ANGELES—None of them felt the earth move under their feet. It was no Hollywood rendition of a big city earthquake either.

But many Californians dove under desks and tables at midmorning on Thursday in a major drill of the “drop, cover and hold on” earthquake survival skill.

In recent weeks, parts of the world have been rattled by powerful quakes, including a 7.2-magnitude jolt that caught Filipinos unaware on Tuesday, killing more than 100 people in Bohol and Cebu provinces and damaging historic churches.

Organizers said 9.5 million Californians signed up to take part in the drill at 10:17 a.m. PDT, with another 15 million in earthquake-prone regions elsewhere in the world participating.

“It started in Guam … yesterday and it traveled around the world,” said Mark Benthien, director of outreach at Southern California Earthquake Center.

The Great ShakeOut was first held in California in 2008, and participation has since spread around the globe. This year, Japan, Canada, Italy and Guam joined the drill. Thursday’s drills concluded in Alaska and Hawaii at the designated moment in those time zones.

More than 900 firefighters on duty at 106 fire stations around Los Angeles conducted the drop drill, then drove around their districts to practice surveying for damage and assessing need for rescues, said department spokesperson Brian Humphrey.

At Rosemont Avenue Elementary School, some students dove under desks while others did not and sprawled in their classroom with simulated injuries created with Hollywood-style makeup.

Firefighters searched the school, located and triaged the injured, laying them out on red, yellow and green mats depending on severity. Some students were tasked to show delayed onset of injuries after an evacuation.

California has not experienced a devastating quake since the 1994 Northridge disaster that killed 60 people and injured more than 7,000 in metropolitan Los Angeles.

Thursday was also the 24th anniversary of the 1989 Loma Prieta disaster, a 6.9-magnitude earthquake in the San Francisco Bay region that killed 63 people, injured almost 3,800 and caused up to $10-billion damage.

Drill organizers said this year’s focus was on fires that may be sparked by ruptured utility lines after a quake. One of the scenarios at the Rosemont school involved such a scenario.

Several countries, including Japan and Mexico, have an alert system that gives a few precious seconds of warning to residents after a large quake. Last month, California Gov. Jerry Brown approved a law directing state emergency officials to find ways to fund a statewide quake early warning system by 2016.