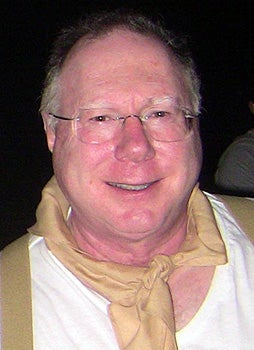 ZAMBOANGA CITY, Philippines—A Canadian Catholic priest is reviving a radio drama in this city in a bid to preserve the Chavacano language.

“This is one treasure of Zamboanguenos,” said Fr. Arthur Winikoff, founder and director of the St Francis House—an orphanage established in Zamboanga City by the Our Blessed Mother of Victory Mission Foundation Inc.

Winikoff, 62, said he has produced a series of Chavacano radio drama on DXKZ 91.5 FM with the help of local radio drama artists as his contribution to preserve the Spanish-based creole language, which some people fear is fast becoming extinct.

The Chavacano radio drama can be heard every Saturday from 7 p.m. to 9 p.m. during the public affairs program “El Isyu Ahora.”

The production of Chavacano radio dramas stopped in Zamboanga City over a decade ago when local radio stations started to play Visayan radio dramas mostly coming from Cebu City.

Winikoff cited three reasons why he wants to revive Chavacano radio drama. These are to: 1) preserve Chavacano language; 2) teach radio listeners about the lives of good people and enhance their faith to God; and 3) provide entertainment.

Asked how much he spent for the production of the radio drama, Winikoff said “a substantial amount but what is more important are the intentions.”

Winikoff first arrived in Zamboanga City in 1987 to establish the St Francis House orphanage where he placed and took care of the rounded up street children.