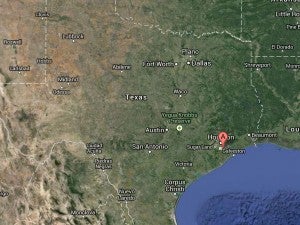 PEARLAND, Texas—Police on Friday (Oct. 4) arrested Damien Lucas Salinas, 23, of Houston, and charged him with the murder of Filipino nurse Juanario “John” Rosas, who was found beaten to death in his bedroom.

Police earlier arrested Courtney Grace King, 22, a Houston woman reported to be the suspect’s girlfriend. The suspects were nabbed a day apart five days after Pearland police found the bloodied Rosas, 51, dead in his home in the 4800 block of Pinder St. at around 9 p.m.

Rosas’ co-workers at the M.D. Anderson Cancer Center had asked the police to do a check on him after he failed to show up for work. Investigators were led to the suspects by a cell phone they accidentally left at the crime scene.

King was picked up by cops for questioning Thursday (Oct. 10) and subsequently charged with felony tampering with evidence and arson in connection with Salinas’ death.

Grieving friends and relatives say Rosas was a cheerful and friendly person with no known enemies.

Before leaving the crime scene, the suspects reportedly tried to eliminate the evidence by attempting to burn Rosas’ home.

Friends of Rosas, who declined to reveal their identities, told Balitang America that some of Salinas’ belongings and valuables were missing

They said relatives found that among the missing items were two big-screen TVs, an iPad and jewelry.

Balitang America’s JV Villar reported that Rosas’ remains will be cremated next week and sent to relatives in Chicago. His ashes will then be sent to his family in the Philippines.