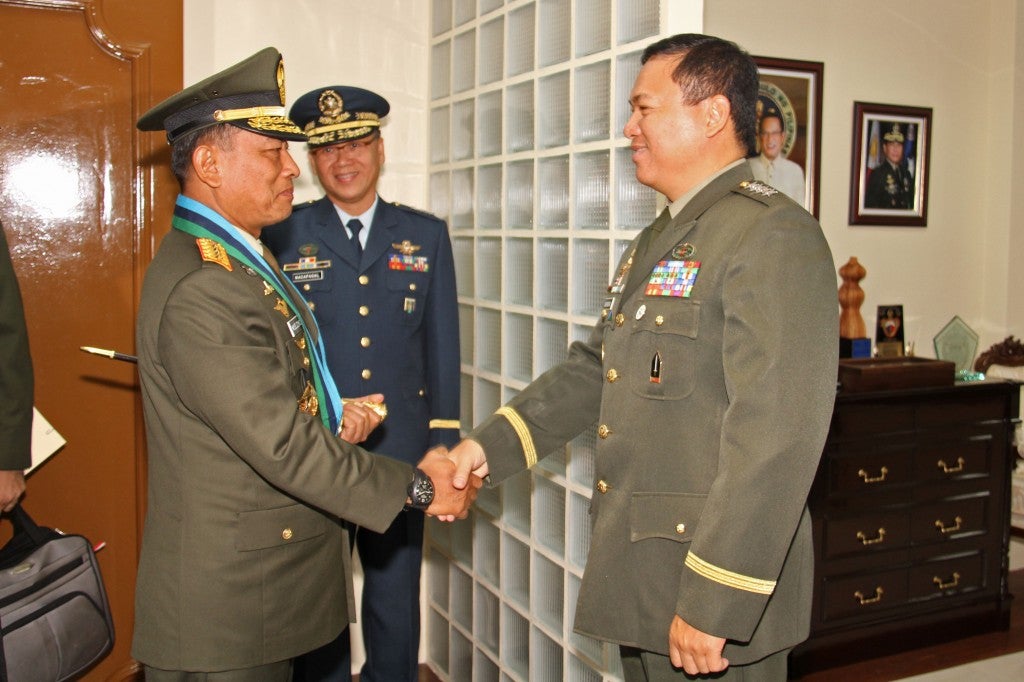 Indonesia’s military chief General Moeldoko pays a courtesy call to Armed Forces of the Philippines chief General Emmanuel Bautista on Thursday at the General Headquarters Camp Aguinaldo. He is on a “goodwill visit” to the country from October 9 to 11. Photo from AFP Public Affairs

MANILA, Philippines – Indonesia’s military chief is in the Philippines for a three-day visit.

Military spokesman Lt. Col. Ramon Zagala said his visit was part of a tradition of military chiefs among Asean counterparts.

He will be in the country from October 9 to 11.