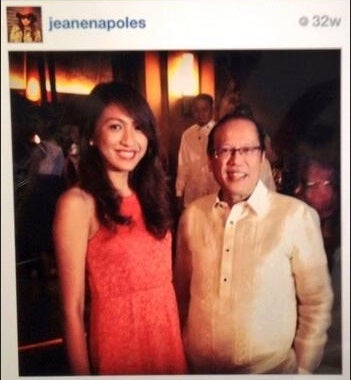 American realty websites listed the 1,500-square-foot condo unit with two bedrooms and two baths on Sept. 23, with an asking price of $1.475.

“Balitang America,” which first reported the planned sale, said it was originally bought under the name of Jeane Napoles in July 2011 for $1.28 million.

Lawyer Arnedo Valera of the Washington, DC-based Migrant Heritage Commission, said the sale must be stopped because it was likely acquired with the use of “tainted money,” noting that Jeane is a full-time student with no known source of income.

In media interviews, Napoles admitted she bought the condo unit located at the heart of L.A. using “our hard-earned money.” She also admitted owning other US properties.

The elder Napoles, who voluntarily surrendered after President Aquino announced a P10-million reward for her arrest, is currently detained by Philippine authorities after a complaint of serious illegal detention had been filed against her at the Office of the Ombudsman.

San Francisco community leader Rodel Rodis told the FILAM STAR Tuesday that he would initiate legal moves, in coordination with fellow Fil-Am lawyers, to stop the sale because he said he was convinced the property “is the fruit of a very poisonous pork barrel tree.”

“I think that property (condo unit) rightfully belongs to the Filipino people and should be returned to them,” Rodis said in a phone interview.

“The Philippine government should take immediate steps to seize the condo unit and all Napoles-owned properties in the US to safeguard the interests of the Filipino people.”

Valera said Fil-Ams should work together to unmask all Napoles properties in America to prevent unscrupulous persons from benefiting from them at the expense of Filipino taxpayers.

Valera also appealed for President Aquino’s “total abolition” of the pork barrel system, both in the legislature and the executive departments, because “it is the breeding ground for corruption and plunder.”

Valera also urged the Senate Blue Ribbon Committee to continue its ongoing investigation of Senators Juan Ponce Enrile, Jinggoy Estrada and Ramon Revilla Jr. and members of their staff—and to initiate the immediate expulsion of those found guilty.

The Napoles family are believed to own at least three other real estate properties in Southern California. These include the Anaheim Express Inn valued at about $7 million, a $1.4-million home in the affluent Canyon View gated community in Irvine and a commercial property in the City of Covina.

Another Bay Area lawyer, Ted Laguatan, said there are existing legal avenues to block the sale of the US assets of Napoles and others accused of plunder in the Philippines for that matter.

Laguatan, a member of the team of Fil-Am lawyers that went after the US assets of the late dictator Ferdinand Marcos in the ‘80s said he was to go to Manila Saturday (Oct. 5) and was scheduled to meet with officials of the Anti-Money Laundering Council.

He also said that based on their experience, federal authorities are sensitive and highly supportive of the efforts of people from friendly countries like the Philippines who are going after ill-gotten wealth.

Los Angeles-based Filipino lawyer Roman Mosqueda said in a separate phone interview that the best way to go after the suspected ill-gotten assets of the Napoleses is for the Philippine government to designate Fil-Am lawyers to do the job for the old country.

“We need standing to go after the bad guys and hale them to court,” said Mosqueda, a former member of the Ninoy Aquino Movement. “Yes, we may have a cause for action—Napoles being charged with plunder—but we also must have standing to sue.”

The Fil-Am lawyers said the fact that plunder charges have been filed against Napoles is a “valid” cause for action to stop the disposition of Napoles properties.

Abad said that they are coordinating with the agency’s counterparts abroad to help in the hunt for Napoles’ foreign accounts.

“We have asked the assistance of our counterparts and of foreign law enforcement agencies …because there’s always a possibility that transactions are being made outside the Philippines so there’s really a need for international cooperation,” Abad said after the budget hearing at the Senate.

Abad said they are tracing the paper trail of Napoles’ financial transactions, especially those in the United States.

“If there’s a determination that the subject bank accounts are related to money-laundering activities, then any account related to them should be included in the petition and frozen as well,” Abad told the Philippine Star.

She said the AMLC has identified at least 400 bank accounts linked to Napoles and her associates, including about 100 that are directly in her name.

Philippine authorities have frozen more than 400 bank accounts and insurance policies linked to the Napoles family.

Napoles’ brother Reynald Lim, who is being hunted by law enforcers after he went into hiding, keeps an account at the Bank of America in San Diego, California, whistle-blower Benhur Luy said.

Luy, one of the star witnesses against Napoles now covered by the justice department’s witness protection program, also said another Napoles relative, Jose Lim, maintained an account at Wells Fargo in Pasadena.

Another account at Wells Fargo in Orange County allegedly belongs to Western Investment Corp., a company said to be owned by the Napoles family.

The justice department said Napoles amassed her wealth by funneling the Priority Development Assistance Fund, or pork barrel, of some congressmen and senators to bogus non-government organizations.