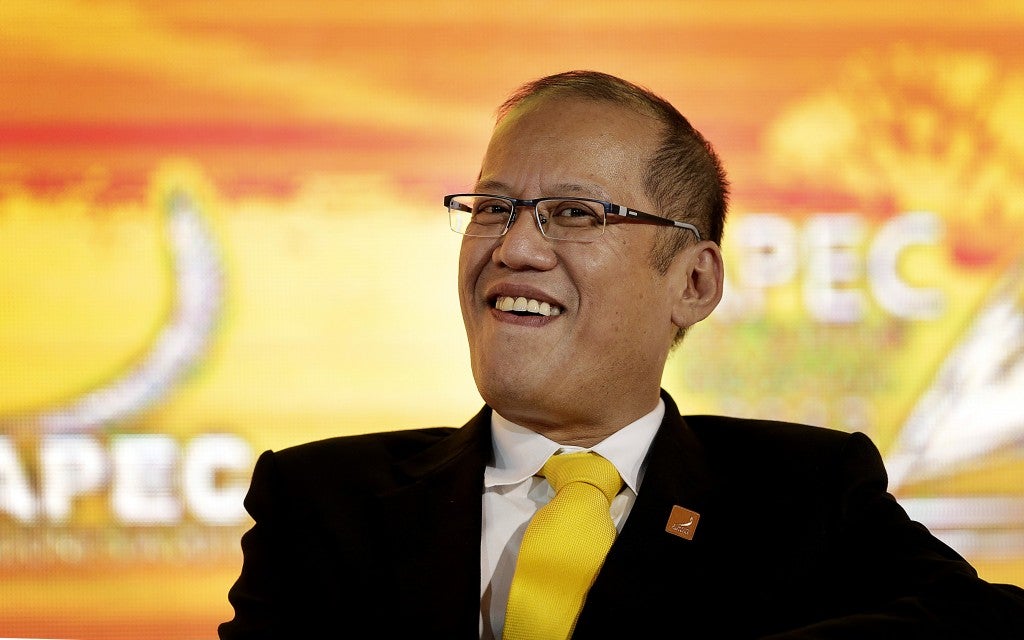 President Aquino smiles as he is being introduced to the audience at the Asia-Pacific Economic Cooperation CEO Summit in Bali, Indonesia, Sunday, Oct. 6, 2013. Aquino was applauded loudest on Sunday when he rejected the idea of seeking a second term. AP PHOTO/WONG MAYE-E

BALI, Indonesia—The loudest applause for President Aquino came when he rejected the idea of seeking a second term.

At the Asia-Pacific Economic Cooperation (Apec) CEO Summit here, Aquino was asked hypothetically about serving another term to “ensure that growth continues in the Philippines.”

“Probably not,” he replied to a Taiwanese businessman, who expressed his amazement over the Philippine economy’s “incredible transformation” under Aquino, during the open forum.

In explaining the wisdom behind the one-term limit for Philippine presidents, Aquino recalled how one of his predecessors was “first elected in 1965, got reelected in 1969 and decided to stay until 1986.”

With a term limit, he said a president would be discouraged from making an “unpopular decision,” even if it was “necessary for the future good,” because his eye would be on reelection.

“Whereas, if you are concerned about the next term, everything you do has to be in the backdrop of how to secure your next years in office, which probably will be such a temptation to any leader to try and please the people all the time regardless of whether or not it is good,” he said.

The applause came when Aquino said that good governance and a successful economy were still no reason to allow a Philippine president to stay on for another term.

“Beyond 2016 (when his term expires), the belief is, if our people are so used to this type of governance, then whoever will portray himself [as the one who would continue] the policies we had set, would be the one to get into office,” he said.

“So, at the end of the day, our mantra is: The bosses ultimately are our people and they will decide and they will choose the person and the entity that will hopefully continue the policies we have instituted,” he added.

The CEO summit from 2 to 3 p.m. was Aquino’s first official engagement at the Apec gathering here. He arrived at Ngurah Rai International Airport at 11:50 a.m.

Aquino fielded the most number of questions during his summit slot, wherein he sat on a panel with President Ollanta Humala of Peru.

Conspicuously absent from the regional meet was US President Barack Obama, who cancelled at the last minute to attend to the government shutdown in his country, which resulted from a standoff with Republicans over the budget.

Aquino was asked about Obama’s absence and said: “We perfectly understand the situation. Stability in their economy promotes stability for the rest of the world’s economies.”