Why did God allow pork barrel to thrive in PH? | Global News

Why did God allow pork barrel to thrive in PH?

I will never forget the inspiring story a priest friend once narrated to me about a devout believer in God who died in a flood because she refused all efforts to rescue her. The story goes that the next thing she remembers is waking up in Heaven where God was there to welcome her with open arms.

But, surprisingly, the devotee was not happy.

“Thank you, Lord,” she said, “but I wasn’t prepared to go just yet. I still wanted to hang around with my family. I was so confident that you would save me.” 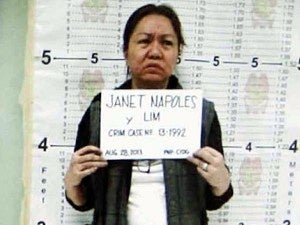 “But, my child, I tried,” God said. “I sent a truck to pick you up when the first reports of a storm came but you refused to board because you told the rescuers you were certain I would save you and you had nothing to fear. When you were neck deep in water inside your home, I sent a boat to pick you up but you still rejected the offer of help because you said your prayers will save you. Finally, when the waters engulfed your entire home forcing you to climb to your roof, I dispatched a helicopter to pick you up but you still refused to be rescued even as you clutched your rosary to pray to me. What more could I do?” God asked.

“Oh my Lord, please forgive me, I didn’t know,” she said.

I wondered what God would say if his devout follower had asked him why he allowed the corrupt pork barrel system in the Philippines to thrive and continue to cause so much poverty and misery to the Filipino people. Why doesn’t he do anything to stop it?

I can imagine the following conversation:

“My child, who do you think convinced the parents of BenHur Luy to call the police to report his abduction by Janet Lim-Napoles? It was that police rescue of Luy that prompted him to expose the whole system of pork barrel corruption of Janet Lim-Napoles where senators and congressmen assigned their pork barrel allocations to the bogus NGOs she created in exchange for a kickback of at least 50% of the billions of pesos of government funds.”

“My child, in the first place, who do you think caused the 2010 election of your president, Noynoy Aquino? I know he’s not perfect and he is a creature of the very Congress he seeks to change. I know the “daang matuwid” (straight path) he espouses is a continuing struggle for him as he doesn’t have the best advisers and he doesn’t always know the right path to take but he is a huge improvement over his two predecessors.” 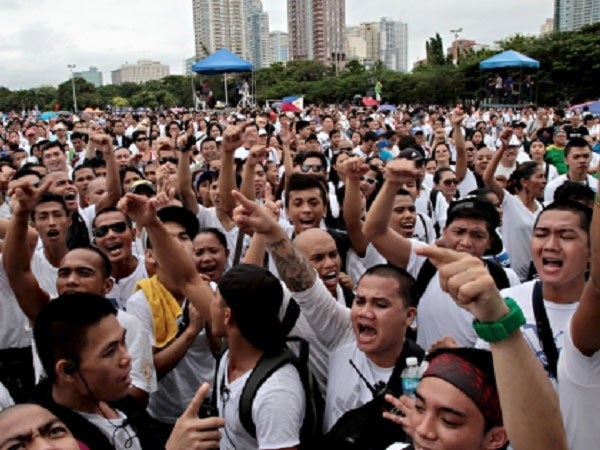 “Now he did manage to appoint incorruptible women of great integrity to go after the corrupt politicians in government. Do you think it was just a happy coincidence that Aquino appointed Leila de Lima as Secretary of Justice, Conchita Carpio-Morales as Ombudsman, Gracia Pulido-Tan as chair of the Commission on Audit and Kim Henares as Commissioner of the Bureau of Internal Revenue? Together, these “Four Horsewomen of the Apocalypse” are tightening the noose around the corrupt government officials to bring them to judgment day, your judgment day on earth.”

“By the way, I would have included your Supreme Court Chief Justice Lourdes Sereno as the fifth Horsewoman because her Supreme Court granted a Temporary Restraining Order (TRO) to prevent further pork barrel allocations of the Priority Development Assistance Fund (PDAF) and the Presidential Special Fund (PSF). But, unfortunately, her Supreme Court also granted the TROs of those officials implicated in the Napoles pork barrel scam to allow them to leave the Philippines. Bad move.”

“Who do you think told your Sen. Bong Revilla to keep searching for a handwriting expert who will support his contention that he didn’t sign all those pork barrel allocation assignments – over a 6 year period totaling 1.2 billion pesos –  to the bogus NGOs of his kumadre Janet Lim-Napoles? For the right price, Revilla may yet find an expert to back his incredible story but it won’t do him any good.”

“Who do you think caused Gigi Reyes, Sen. Enrile’s former Chief of Staff, to publicly charge that the senior senator betrayed her when he claimed, through his lawyer, that he did not authorize her to pick up those hundreds of millions of pesos from Napoles? Enrile claims he never betrayed anyone, not Marcos, not Cory, not Corona, not Gigi, not his wife, nobody.” 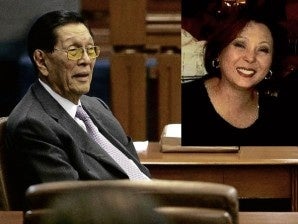 The devotee must have been shocked at all the divine revelations about what God did even as she was impressed with his familiarity with the problems of the Philippines when he has billions of other souls to worry about. “Oh Lord, please forgive me, I did not know you caused all these good things to happen. I thought it was just a coincidence, a lucky break for the Philippines.”

“My Lord, why did you allow Nur Misuari and the Moro National Liberation Front rebels under Commander Habier Malik to attack Zamboanga City and take 190 hostages and cause so many people to be killed?”

“As for the siege in Zamboanga, your Sen. Miriam Defensor-Santiago will tell you that it was Sen. Juan Ponce-Enrile who financed that rebellion as a distraction.” 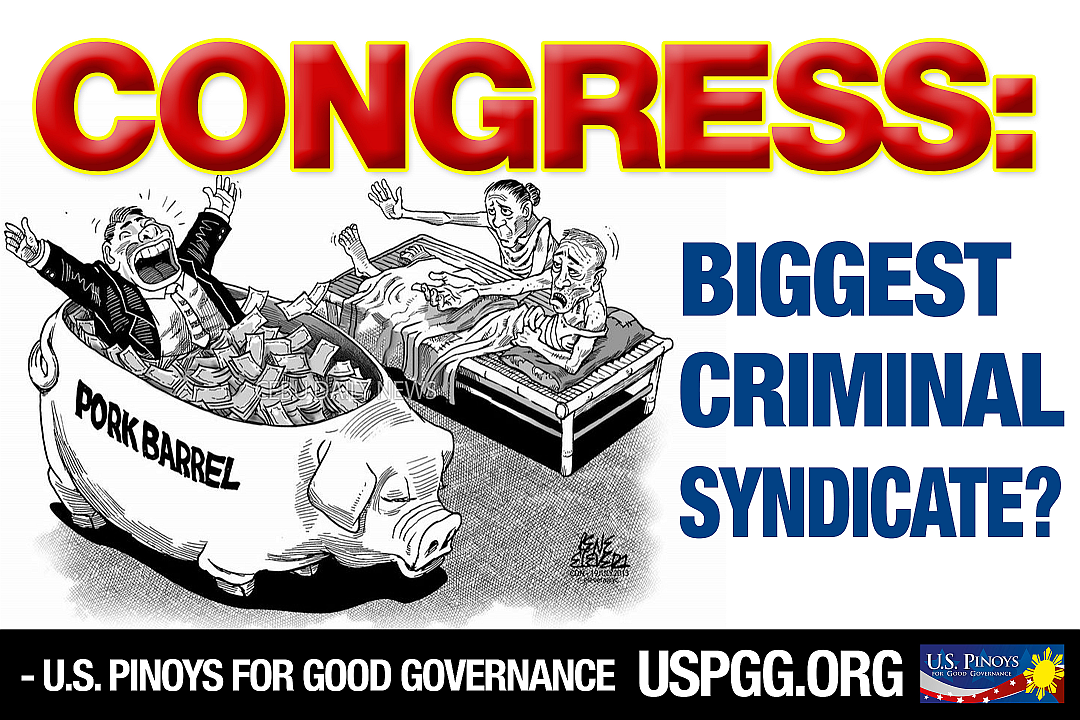 “Remember, they are all working overtime to make sure that none of them will ever get arrested or charged. They are his champions just as you are mine.”

The devotee slowly began to understand what God was patiently explaining. “So what will happen now, my Lord?” she asked.

“Well, I know the strategy of my soul competitor. He wants to run out the clock, just like in football. Pres. Aquino has less than three years left in office. These corrupt officials believe that if they can just delay the court proceedings, all the plunder charges against them will eventually be dismissed if Vice-President Jojo Binay is elected president of the Philippines in May of 2016. That’s their strategy.”

“So it’s really up to the Filipino people. They can choose, as you foolishly did, to just rely on prayer and reject all the trucks, boats and helicopters I send to help rescue them. They can even choose to drown and be corrupted by pork. The Lord of Hell will be there at the end to harvest the souls of the corruptors and the corrupted. Or they can work tirelessly to end the pork barrel system and fight for justice to rid the Philippines of corruption, finally.”

In the end, the choice is not up to God.