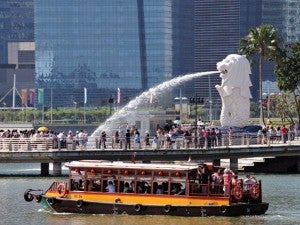 Data released by the National Population and Talent Division (NPTD) showed the total population of the city-state grew by 1.6 percent to 5.40 million in this period, the slowest rate since 2004 when it grew by 1.3 percent.

“There was slower growth in foreign employment due to tightened foreign manpower policies and weaker economic conditions,” the NPTD said.

Nearly 29 percent of Singapore’s population comprises “non-residents” — those working, studying or living in Singapore but not granted permanent residency.

Growth in the number of foreign employees excluding domestic and construction industry workers halved to 3.5 percent — or 25,000 workers — in the year to June compared to 7.1 percent in the previous year.

There was however a surge of 35,000 new workers in the construction sector compared to 29,000 in the previous year.

The slowdown in population growth comes amid new measures by the government to further tighten foreign worker inflows. Singaporeans accuse foreigners of competing with them for jobs, housing, schools and space on public transport.

The discontent spilled into general elections in 2011 when the ruling party garnered its lowest-ever vote count after more than 50 years in power.

Earlier this week, the Ministry of Manpower announced new rules on the hiring of skilled foreign workers, saying that from August 2014 companies will have to show proof they first tried to recruit local citizens.

The data released Thursday showed the city-state’s citizen population grew by 0.9 percent to 3.31 million, with 11.7 percent aged above 65.

However, it was still well below the 2.10 level needed for the population to replace itself naturally — a baby shortage that the government tried to remedy with increased inflows of foreigners until the social backlash.

Google to give $1,000 to employees for work-from-home office needs