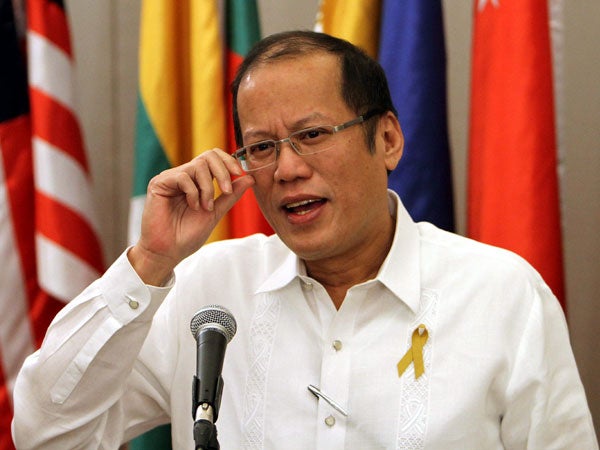 Formal criminal charges of plunder and other crimes have now been filed by the Department of Justice and the NBI in the Office of the Ombudsman against powerful Senators Juan Ponce Enrile, Jose “Jinggoy” Estrada, and Ramon “Bong” Revilla, five former Congress people,   30 other officials and co-conspirators. The alleged mastermind Janet Lim-Napoles has also been charged. Justice De Lima announced that this is just the first batch of alleged wrongdoers who are being charged. The investigations against other suspected wrongdoers including Senators Bongbong Marcos, Vicente Sotto, Gringo Honasan, Lito Lapid and other officials are still being completed.

The accused and suspects are all claiming innocence with statements that sound like: “Those signatures are not mine.”; “My staff were doing this beyond their authority without my knowledge.”; “I didn’t know that the funds were being manipulated”; etc.

They are also pointing to other officials who they claim are as guilty. As if that made them innocent. The more they attempt to look innocent, the more livid the public becomes. The thoughts expressed by a Makati restaurant owner reflect the anger and resentment of the people:

(“We all work so hard. Tax collectors who are also corrupt pressure us to pay taxes which we sweated for and which are supposed to be used for the welfare of our people. Instead, these pigs, these Senators and other officials – just steal the money. They should hang.”)

In the old West, when a horse thief was caught red handed, he was still entitled to constitutional due process. A common saying was: “Let’s give the bastard a fair trial before we hang him.”

Unquestionably, the accused in this Pork Barrel scam are entitled to a fair trial even if the people believe them to be guilty as hell as suggested by the extent and weight of the evidence. In the Philippines, I don’t see any problems with wealthy and powerful people being given  fair trials. Oftentimes,  the presiding  judge is secretly actually  their lawyer. It is often the Filipino people who are represented by the prosecutors who do not get a fair trial.

The cases against the Marcoses and their cronies reflect the state of the justice system in the Philippines. No justice for the people in most of these cases. In a recent 50 billion peso case, former Supreme Court Justice and now Ombudsman Conchita Carpio Morales who dissented – was shocked by the decision of her fellow Justices who decided in favor of an individual who was widely  known as a Marcos crony. He was not a crony, wrote one of the majority Justices. It’s  like saying that the Lone Ranger and Tonto were not close friends.

However,  the aggressive investigations going on  and filing of charges – are very encouraging signs which indicate that  President Aquino is sensitive to the people’s thoughts,  feelings and demands. In the Philippine political culture, the President can influence prosecutors to press charges or to drop them.  As such, Filipinos  worldwide who are furiously angry about powerful politicians and officials unconscionably stealing massive amounts of public  moneys – are pleased with these developments.

All of us are just absolutely sick and tired of the culture of institutionalized corruption found in all levels of  government which victimizes everybody and which seems so embedded that there seems to be nothing that  can be done about it but accept it.

But now it appears  that there is hope for change. Aquino is acting as a good moral President should. He is allowing the wheels of justice to properly turn. He should also make them turn faster by providing  funds to  increase the number of select competent teams of high integrity investigators and prosecutors. He is actually being graced by heaven with this tremendous opportunity to shift the directions of the country for the good of all.

If he is able to have  big name crooks successfully prosecuted and imprisoned before his term ends – and gives  the permanent message that henceforth, there will be zero tolerance for  government corruption – life will be so much better for everyone. Our nation which is so rich in natural resources and talented individuals will then progress towards an exciting future for all. The people will be forever grateful and acknowledge Aquino as a great President.

The credible detailed testimony of whistleblower Benhur Luy, his possession of transaction evidences including dates, amounts, bank accounts, names and other important data that he downloaded from the computers of  alleged Pork Barrel scam mastermind Janet Lim Napoles – together with the correlating records from the Commission on Audit – should be sufficient to convict  the thieving Senators, Congressmen and appointed officials.

But even with the massive damning paper evidence and witness statements available, successfully prosecuting and jailing the guilty parties involved in this massive thefts of public funds will not be a romp on the beach. Many of the suspects are very powerful and wealthy people who can afford the best lawyers and have connections in high places.

They also know how to use  media people who are on the take – mercenary hacks who will invent, lie or twist facts to misdirect the people’s attention away from the guilty and put the blame on the innocent. Some of these older cockroaches disguised as journalists or columnists served  as propagandists for the late greedy and oppressive power hungry dictator Ferdinand Marcos. Their main enterprise is the selling of lies. Businesswise, they are doing well these days. They are misdirecting the public and focusing their attack on  President Aquino.

To successfully prosecute, aside from having teams of dedicated competent investigators and prosecutors with unassailable integrity – competent and honest  judges are also needed. The government might have an airtight case but  a corrupt judge can conjure  all kinds of reasons – even the most blatant lies – to arrive at  results that he wants. Unfortunately, we still don’t have a jury system. It’s much more difficult  to corrupt and bribe twelve jurors compared to bribing and corrupting just one judge.

President Aquino needs to absolutely beef up his security. The same evil dark forces which his father faced are at work. I was with Ninoy a few days before he left for the Philippines and to martyrdom. I listened to him and observed that the man had become very deeply  spiritual. He could no longer be bought and he could no longer be scared – so the only way to stop him – was to kill him.  If his son President Aquino is also murdered, we are back to square one. He owes it to the nation to be extra careful.

The war between good and evil in the Philippines rages on. Good men and women cannot just stand on the sidelines and not be involved in exorcising the evil of institutional corruption in Philippine society. We must speak out with a loud voice against this terrible moral disease  which inflicts so many government people from the lowest to the highest like vampires sucking the lifeblood of our people.

Note: Atty.Ted Laguatan is a human rights lawyer based in the San Francisco area in California He is also one of only 29 U.S. lawyers  officially certified continuously for 25 years now by the California State Bar as Expert-Specialists in Immigration Law. Email [email protected]