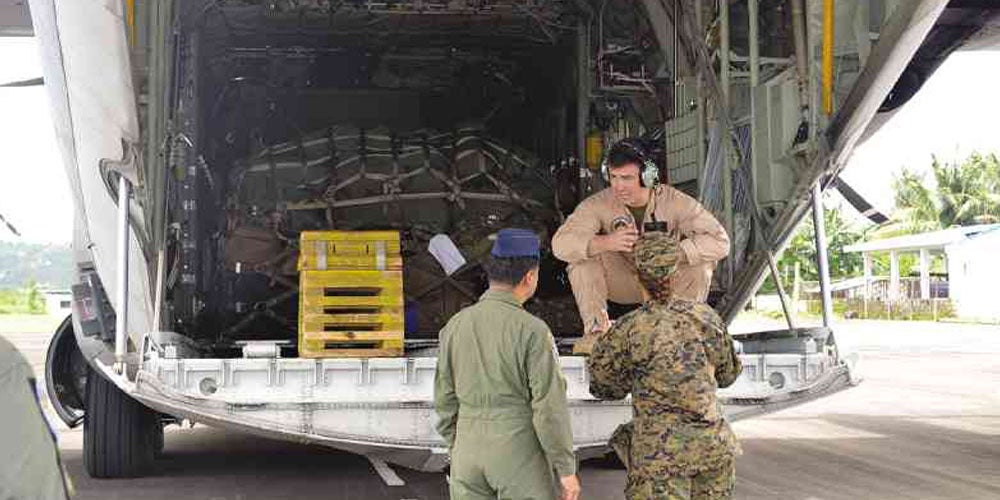 LEGAZPI CITY—On board a United States Marine Corps (USMC) C-130 transport aircraft, at least 36 USMC personnel, along with their medical and engineering  supplies, landed at Legazpi City Airport Sunday to mark the start of a 10-day Philippine-US (PHL-US) Amphibious Landing humanitarian exercises in this city.

The USMC humanitarian and engineering team was met by Philippine Navy Naval Forces in Southern Luzon (Navforsol) commanding officer Commodore Natalio Abinuman, together with other officers of the Armed Forces of the Philippines, the Office of Civil Defense (OCD) and representatives from the provincial government of Albay.

Janosek, in Sunday’s briefing, said the humanitarian mission, a strictly noncombat exercise, would start on Wednesday until Oct. 10, with 36 USMC personnel tasked to hold engineering and health services in the villages of Taysan, Victory Village and Bigaa in this city.

Janosek said the mission’s team members would provide free medical and other health-related services to more than a thousand poor people and repair a school building.

She said USMC brought along two doctors, a dentist and medicines and other medical supplies for the medical and dental services, to be held at the public elementary schools of Bigaa and Victory Village here.

The engineering teams will build a 60-meter perimeter fence and repair three classrooms destroyed by typhoons at Taysan Elementary School in Taysan, an upland village some 5 kilometers from the city proper.

Abinuman said a similar number of personnel from the Navforsol, the Army and the provincial health office would be dispatched as the Philippine counterpart to the 10-day humanitarian mission here.

He said the AFP would also provide security assistance to the visiting USMC personnel.

He said the humanitarian mission aimed to improve cooperation between the Philippines and the US, and exchange experiences on matters concerning defense agreements and humanitarian services.

The humanitarian visit is the fourth to be held in Albay by the US military. The first was held by the US Pacific Angel in 2010, followed by USS Peleliu in 2007 and the RP-US Balikatan in 2009.