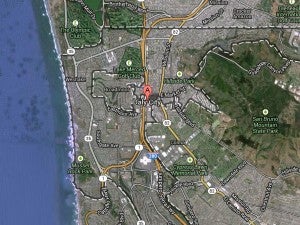 Its supporters said the Community Unity Map prioritizes “communities of interest” and avoids minority voter dilution, particularly in District 5, which includes the area in and around Daly City that is heavily populated by Filipino-Americans.

The city council endorsed the map on Sept. 9, and it was signed by Daly City’s Fil-Am Mayor Ray Buenaventura and presented during the District Lines Advisory Committee public hearing on Sept. 10.

The nine-member District Lines Advisory Committee has been meeting since early June and has barely a few weeks left until Sept. 24 to recommend one or more re-districting alternatives to the full San Mateo County Board of Supervisors.

The board would then consider possible district boundary adjustments at its Oct. 8 meeting with a decision on any such adjustments by Nov. 5.

The board had created the nine-member committee after voters changed the County Charter in November.

One of many maps

Officials and residents of other cities in the county greeted the re-districting process with a barrage of proposed maps—17 of them—that appear confusing as they raised concern about the break-up of cities.

At the Sept. 10 hearing, local officials and residents encouraged the District Lines Committee to narrow down proposed drafts of 17 district maps to three or five.

Each of the draft maps illustrates a different way of aligning the districts in response to the input received so far, while maintaining essentially equal populations in each district and addressing the requirements of the state and federal voting rights acts.

As the drafts show, there are a number of ways to balance the sometimes conflicting criteria (for example, is it easier for residents to understand a district line that follows a city’s western border, or one that follows the nearby Interstate 280?).

The expectation is that the draft maps will change and evolve as the public and the committee comment and provide direction on them.

Daly City Council’s proposed Community Unity Map, according to Mayor Buenaventura, best reflects the broad diversity of San Mateo County and respects the many established communities of interest that define the different supervisorial districts in the county. “It protects the communities of interest represented in the proposed Districts 5, 1 and 4.”

“We voted unanimously. Daly City is united and we are firm on our stand to adopt this resolution as the final map,” he added.

Buenaventura said the major concern of the Daly City residents is to prevent the dilution of minority voting force. “The public is wary of getting cut geographically, ethnically and economically, too.”

Asian-Americans constitute 51 percent of the total voting population in Daly City. “We hope the committee will look very carefully at those maps,” Buenaventura said.

“This is my community,” Guingona said, “I’ve been living here since 1965. I go to our local churches St. Augustine and St. Andrews and I hope the committee will adopt and utilize our map. “

Buenaventura questioned the legal implications of re-districting new boundaries, particularly in Daly City, which would dilute the minority vote.

“Why are you submitting draft options (maps) for District 5?” he asked the committee at the last hearing. “Why consider it at all, and how do you plan to address our concern under Section 2?”

“Your recommendation will be a violation of Section 2,” Robert Ruben of the Asian Law Caucus Committee told the committee. “Those lines were drawn without regard to Section 2.”

Section 2 of the Voting Rights Act of 1965 prohibits voting practices or procedures that discriminate on the basis of race, color or membership in one of the language minority groups identified in Section 4 (f)(2) of the Act.

Most of the cases arising under Section 2 since its enactment have involved challenges to at-large election schemes; but the section’s prohibition against discrimination in voting applies nationwide to any voting standard, practice or procedure that results in the denial or abridgment of the right of any citizen to vote on account of race, color or membership in a language minority group.

State election law says that districts must be approximately equal in population. In establishing the boundaries of the districts, the board of supervisors may give consideration to these factors: topography; geography; cohesiveness, integrity and compactness of territory; and community of interests to the districts.

Douglas Johnson, president of the National Demographics Corp. who serves as consultant to the lines committee, said that race could be a consideration but not a predominant part in drawing new boundaries for the county.

“Most of the maps you see here have direct impact to cities. The legal analysis can be difficult, and most of the maps do not violate the law,” Johnson said in defense of the draft countywide maps.

“This map keeps socio-economic impact together instead of combining South San Francisco and Burlingame—which are very different. And I don’t think we need straight lines—we should draw this map a little bit differently and get them right, “Chiu said.

Other neighboring cities expressed their own concerns about re-drawing district boundaries.

Broadmoor Property Owners representative Richard Bruzuela said, “I want to be sure all Broadmoor and Colma (lines) are included.

Eric Ruchamas, from Pacifica School District, also supported the concept of adjusting the draft but stressed, “Please, keep Pacifica as a whole and not split.” He added that the district used to incorporate Skyline (Ave.) with Pacifica.

A minority resident of Daly City, Sandra Gordon said, “I know what it feels like outside looking in.” She lives as a minority with Asian-American neighbors.

“Re-districting is unacceptable,” said Eric Reed of Belmont. “A city is a community of interest and if we’re going to change what we have today, it’s going be more divided. I suggest keeping the cities whole considering we’re struggling with defining what the majority is when there’s no minority.”

District 5 Supervisor Adrienne J. Tissier, in closing deliberations, said the committee has to digest all the given information to come up with a concrete resolution.

“We will also identify which maps expose the county to litigation or which maps might expose us to risk,” Tissier said.

She said the District Attorney’s Office drew bright lines regarding the re-districting of city boundaries. “Some maps split one city and some don’t and legal analysis can be difficult.”

“We will have to narrow down the maps and come up with similar things to compare with,” Tissier said.

Read Next
They remember the Marcos tyranny for their children
EDITORS' PICK
Leveling up your ‘lutong bahay’ with the kitchen companion you never knew you needed
Cherry Mobile teams up with Cloud Panda PH, launches online store
Crisis seen in absence of jeepneys in Metro Manila
Gov’t urged to shift public transport system to service contracting
MMDA: Commuters to blame for chaos
WATCH: Mga eskwelahan na ginawang quarantine facility, binigyan ng dalawang linggo para linisin
MOST READ
MMDA: Commuters to blame for chaos
MMDA to sue, slap P1,000 fine on bike group
Calida ‘just the lawyer, not the client’ and must ‘never lose his cool’ – Macalintal
PH walks back, suspends VFA termination ‘upon the President’s instruction’
Don't miss out on the latest news and information.