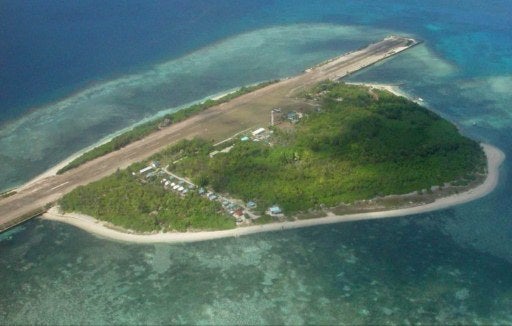 BEIJING — A code of conduct for handling disputes in the South China Sea should be discussed “gradually”, Beijing said after meetings with Southeast Asian nations, suggesting any agreement is still far off.

The 10-member Association of Southeast Asian Nations (ASEAN) has been trying for more than a decade to secure agreement from China on a legally binding code of conduct.

Beijing claims nearly all of the South China Sea, even waters approaching the coasts of neighboring countries, and has resisted agreeing to the code, wary of giving any concessions that may weaken its claim.

Tensions have mounted over the waters in recent years, with the latest spat over concrete blocks the Philippines says China has placed on the disputed Scarborough Shoal.

Senior officials from China and ASEAN held two days of talks over the weekend in the eastern Chinese city of Suzhou.

“All parties at the meeting… have agreed to gradually widen consensus and narrow divergences… and continue to steadily push forward the agendas on a code of conduct,” the foreign ministry said in a statement posted late Sunday.

A joint working group to carry out “concrete consultations” on the code was agreed, it added, giving no details or timetable.

Competing claims to the sea have for decades stirred tension in the region and the waterway, which is believed to sit atop vast deposits of oil and natural gas. It has long been seen as one of Asia’s potential military flashpoints.

China has refused to upgrade a 2002 “declaration of conduct” into a legally binding code, instead preferring to negotiate individually with each country.

The state-run China Daily on Monday lashed out at Manila for trying to “once again disrupt China-ASEAN consultations”, referring to the accusations over the concrete blocks.

“Manila’s irresponsible stance will only further estrange it in the region, as there is an irreversible trend to achieve appropriate solutions to the South China Sea disputes through consultation and bilateral cooperation,” it said in an editorial.

The Philippines said in June it was looking to give the US — its former colonial ruler — and Japan greater access to its military bases, as it seeks to counter what it perceives as a growing threat from China.