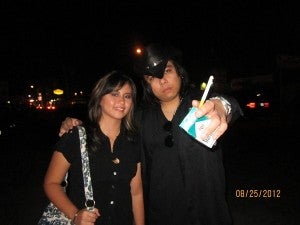 LOS ANGELES—The first thing Charly Pura did when she moved to California from the Philippines at age 15 was to turn on the radio.

She dialed through all the stations and discovered the diversity of music playing on air. However, she was disappointed to find out that, although Spanish and Chinese music were easily accessible, Filipino music was nowhere to be found.

“There are lots of Filipinos in California, and it didn’t make sense that we don’t have our own radio station,” Pura said.

After attending college and working with Southern California stations like KOST 103.5 and Audio8ball.com, she decided to set up Pinoy Frequency.

Launched in April 2013, Pinoy Frequency is the first Filipino American Internet radio destination that showcases Filipino events, culture and music all over the globe.

The non-profit operation based in West Covina aims to give Pinoy independent musicians the exposure and limelight that is usually hard to come by.

The station currently has one show on the air, “Flip Jams with Charly,” a two-hour smorgasboard of Fil-Am independent music.

Pura hosts the show, serves as program director and runs it along with several volunteers and a silent business partner. She and her team prepare for three broadcasts at 8 p.m. on Wednesdays in different time zones: the Philippines, UK (GBT), and Los Angeles (PST).

Growing up, her affinity for tuning in to the radio helped develop her diverse taste in music.

“I always had my Walkman with me. I always listened to FM, switching from one station to the next. I make sure also that I have a blank tape in my Walkman so I can record the songs I like on the radio,” Pura said. 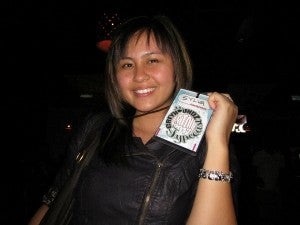 “Because of this, my music interest is a bit eclectic because the radio opened me up to different music genres like grunge, dance, pop, rock, rap, electronic and alternative,” she added.

Some of the featured bands on the station are in bicoastal while others are just starting to make their mark in their respective countries.

Bands like New Day in August, Suns of Asylum, and Kuya Kurt have made their world premieres on Pinoy Frequency.

Kitchie Nadal, a singer-songwriter who established herself as a formidable artist in the Philippines, was featured on the show couple weeks ago while she was doing her U.S. tour with rock band Kamikazee.

Fil-Ams like Spazzkid, an up-and-coming electronic artist, and the indie band Ten to Midnight, who will be performing at this weekend’s Festival of Philippine Arts and Culture, have also been gaining bigger fan bases here in Southern California.

While most listeners consider Filipino music under the Original Pilipino Music or OPM genre, Fil-Am indie music opens the umbrella wider to include musicians who are not necessarily Filipino or do not speak Tagalog.

“Fil-Am indie music is any independent band/musician that at least has one Filipino or Fil-Am member that is based here in America,” Pura explained. “The differences are very little and it is more about how and when the terms are used.

Due to popular demand, the show has been extended to two hours with plans to produce more shows and segments. And although there are advantages to streaming music on the Internet, she admits that it would be awesome to have Pinoy Frequency air in a live local broadcast to reach out to more listeners, especially those who are unfamiliar with what Filipino music has to offer.

“I believe that if Filipinos can appreciate American music, what can stop Americans and the whole world from appreciating Filipino music? Eraserheads, Rivermaya, and Apl de Ap of The Black-Eyed Peas are only some of the Filipino bands/artists that are globally known and were given awards internationally.”

Who knows, the next time you turn on the radio, maybe you’ll hear that distinctive Fil-Am beat.