Taiwan to spend $100 million to build dock at disputed Spratlys 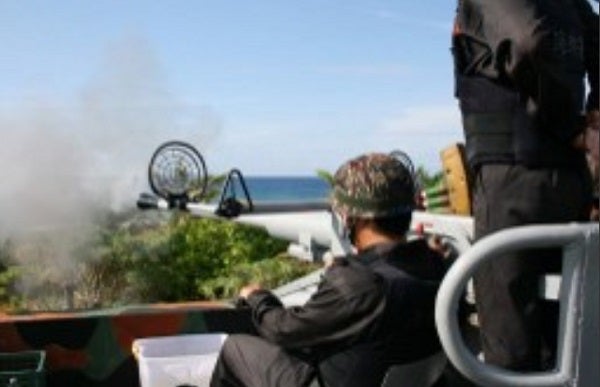 TAIPEI — Taiwan plans to spend more than $100 million to build a dock big enough for warships in the disputed Spratly islands, a legislator said Thursday, as other claimants strengthen their regional military presence.

The plan submitted to parliament Thursday by the coastguard would cost Tw$3.4 billion ($112.4 million). Sources said the spending is expected to be approved.

The dock will be an upgrade on the existing pier at the Taiwan-controlled island of Taiping, the biggest island in the Spratlys. It is scheduled to become operational in 2016.

“National security authorities have decided to expedite the project as the other countries in the region have been increasing their naval and air force deployment in the past few years, further complicating the issue,” legislator Lin Yu-fang said in a statement.

Once it is completed, large supply ships and even naval frigates will be able to berth, said Lin, a legislator from the ruling Kuomintang party who sits on parliament’s defense committee.

The current pier caters only to small patrol boats.

Once the dock work is completed the runway on Taiping will be extended, Lin said.

Taiwan built a 1,150-meter (3,800-foot) runway on Taiping in mid-2006, despite protests from other countries with claims to the disputed island group.

Taiwan, Vietnam, Brunei, China, Malaysia, and the Philippines claim all or part of the potentially oil-rich Spratlys.

All claimants except Brunei have troops based on some part of the archipelago of more than 100 islets, reefs and atolls, which have a total land mass of less than five square kilometres (two square miles).

Overlapping claims in the South China Sea are seen as a potential military flashpoint, and there has been a series of disputes in recent years.

The Philippines and Vietnam have been strengthening their military deployment in the sea after complaining that China is becoming increasingly aggressive in asserting its own claims.