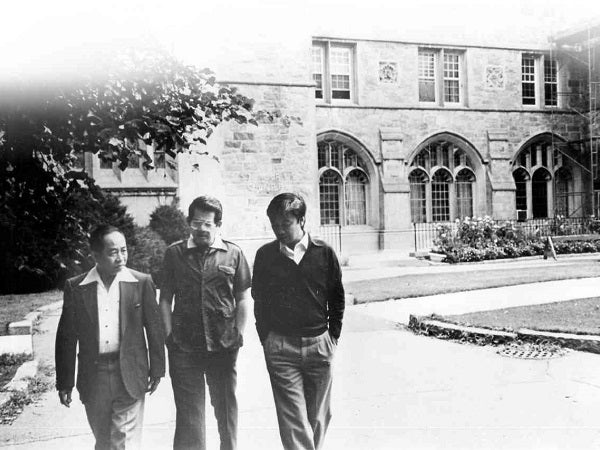 INDOMITABLE SPIRITFormer senator Ninoy Aquino, accompanied by fellow Filipino exiles Pepe Calderon (left) and Sonny Alvarez (right), walks out of a church in Boston where he heard mass for the last time in the United States. A few hours later, he boarded his flight for his tragic homecoming.

The celebration of Ninoy’s martyrdom will be held on Aug. 24, at 7 p.m. at the Carson Community Center in Carson, California. Broadcast journalist Ken Kashiwahara, the brother-in-law of Ninoy, will be the guest speaker for the event.

Kashiwahara was the last person Ninoy had spoken with before he was assassinated 30 years ago on Aug. 21, 1983 at the Manila airport minutes after he returned from exile in the United States.

The commemoration of his martyrdom will also be an occasion to recognize exemplary service of individuals or groups to the Filipino community in Los Angeles. Awards and recognition will be given in various sectors who perpetuate the work, ideals and values of Ninoy Aquino. Award categories include, among others, public service, youth leadership, professional excellence, community service and volunteerism. 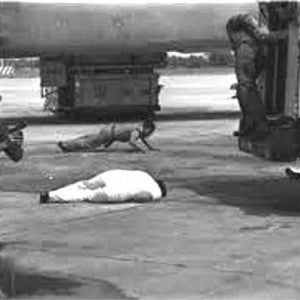 COURAGE Ninoy Aquino was shot dead at the airport while being escorted by solders to a waiting van just minutes after his plane landed on Aug. 21, 1983. His courage energized the people and led to the fall of the Marcos dictationship.

In connection to this historic event, a 6:30 p.m. Mass is scheduled on Aug. 21 at the Immaculate Heart of Mary Church on Santa Monica Blvd. The mass will be celebrated by Fr. Rodel Balagtas. The organizing committee also invites the community to submit their photographs with Ninoy Aquino.

On Feb. 15, 1981, Ninoy spoke in front of his Filipino friends and supporters at the Wilshire Ebell Theatre here in Los Angeles.

During that speech, Ninoy confessed: “What can one man do? I have no army. I have no following. I have no money. I only have my indomitable spirit.”

He announced to the audience his plan to return home, “I shall return to the Philippines knowing that maybe the seeds that we have planted here today will bear fruit tomorrow.” In his final words to the audience, he saluted everyone for their courage to carry on the fight for freedom. Ninoy added, “This courage has energized the batteries of my life, and I shall bring it to whatever fate will lead me, and I shall always remember the people of Los Angeles and truly to me it has become the City of Angels.”

At the celebration, the “arrival speech” of Ninoy (the speech that was never read) will be recited to remind Filipinos, those living in the Philippines and abroad, our patriotic duty to our Motherland. In his final note, Ninoy said, “I could have opted to seek political asylum in America, but I feel it is my duty, as it is the duty of every Filipino, to suffer with his people especially in time of crisis.”

The Filipino community of Los Angeles shows gratitude to Ninoy and his family and continues to perpetuate his courage to make a difference, and to show the world that Ninoy’s sacrifice was not in vain.

The author is president of the Overseas Filipinos for Good Governance (OFGG), a nonprofit organization based in Southern California. Founded in May 2010, its mission is to promote good governance in the Philippines and among Filipinos abroad, with a focus on leadership and education. For more information check (www.ofgg.org/ninoy or by calling (213) 2529481).