UN court to rule soon on PH case vs China 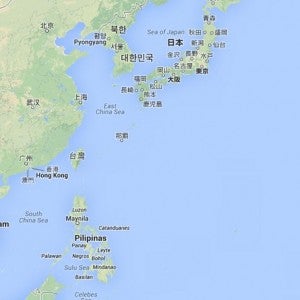 The arbitration case the Philippines filed in the United Nations’ arbitral tribunal seeking to invalidate China’s nine-dash line claim to nearly all of the West Philippine Sea (South China Sea) is moving along, with the body soon expected to rule on the matter of jurisdiction over the case.

MANILA, Philippines—The arbitration case the Philippines filed in the United Nations’ arbitral tribunal seeking to invalidate China’s nine-dash line claim to nearly all of the West Philippine Sea (South China Sea) is moving along, with the body soon expected to rule on the matter of jurisdiction over the case.

According to Foreign Secretary Albert del Rosario, the five-member ad hoc tribunal may decide whether or not it has jurisdiction over the case in “maybe one or two weeks.”

He said the UN body, currently holding court in The Hague, was looking into the question of jurisdiction and would release a ruling “hopefully soon.” The panel held its first session on July 11 on the legal action the Philippines is pursuing as a “last resort” to clarify maritime boundaries with China in the contested waters.

Filed in January, the suit seeks to nullify China’s nine-dash line claim and halt its incursions into the Philippines’ established maritime domain. The proceedings continue despite Beijing’s refusal to participate in them, asserting its “indisputable sovereignty” over the contested waters.

The Philippines took the action as it hoped China would sit down with the Asean and finalize the long-delayed Code of Conduct (COC) among claimant nations in the West Philippine Sea (South China Sea).

The COC is supposed to be an upgrade of the “watered down” Declaration on the Conduct of Parties in the South China Sea (DOC).

Del Rosario is set to fly to Thailand next week for Asean’s preparatory meetings on the COC talks. The meeting will be held on Wednesday, ahead of consultations on the COC between Asean and China to be held in Beijing next month.

“I think there’s full consensus on the part of Asean, and it has always been our hope that we would have China on board in terms of a full and effective implementation of the DOC for one, and moving on to, as I said, an expeditious conclusion of the COC,” said Del Rosario.

After meeting with Vietnamese Foreign Minister Pham Binh Minh in Manila last week, Del Rosario said the Philippines and Vietnam would try to convince Asean to prod China into proceeding to negotiations, instead of mere consultations, on the COC.

Apart from the Philippines and Vietnam, two other Asean countries—Malaysia and Brunei—lay claim to potentially rich territories in the South China Sea.

During a visit to Vietnam on Monday, however, Chinese Foreign Minister Wang Yi said China was in “no rush” to conclude the COC as he called out certain countries for having “unrealistic expectations” in the talks and for disturbing the process.