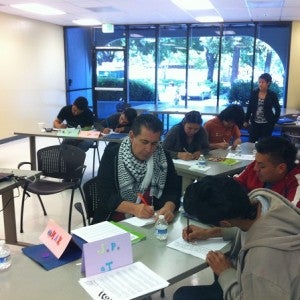 Smoking addicts are encouraged to quit at the movies and by million-dollar ad campaigns. Breast cancer survivors get affirmation at nationwide marathons. Even the once-obese get to star in reality TV. But what do elders—including Filipino seniors—afflicted with mental illness get?

A dose of extra-strength epithets: “baliw” (nuts or nutso), “sira-ulo” (messed up in the head), “sira-ulo” with hands circling both ears (scrambled heads), “kulang-kulang” (not all there or the lights are on but nobody’s home), “saykopatik” (pidgin for psychopathic but tinged with a murderous streak) and “siyakol” (whacked or whack job), to name a few.

Most people know the different kinds of mental illnesses: severe depression, substance abuse disorder, anxiety, dementia, psychosis, panic attack, suicidal thoughts and behavior. But it’s easier to tell when someone might be suffering from a heart attack than from mental illness.

This is why it may be hard to believe that, according to a Journal of the American Geriatrics Society 2010 study, an estimated 3.1 percent of Filipinos aged 60 and up in California may have serious mental health problems.

An outreach program is trying to ensure that sufferers don’t go untreated. Mental Health First Aid (MHFA) is intended to be the CPR, Heimlich maneuver and 911 for the mentally ill. It’s the initial help given to them until professional help is available.

MHFA is a 12-hour course that prepares anyone to provide care for those who need it. Awareness and preparedness are what the Ethnic and Cultural Communities Advisory Committee advocate.

A Filipino team is part of the seven-culture family outreach program of the Santa Clara County Mental Health Department.

About 2.5 percent of Filipino Bay Area residents report experiencing psychological distress in the past year.

Up to 12.3 percent of Filipinos in the Bay Area report moderate to severe family life impairment, while 8 percent have seriously thought about committing suicide.

About 3.5 percent said they needed help for emotional/mental health problems, only 28.2 percent received the help/treatment they needed.

Meanwhile, 6.5 percent of Filipinos in the Bay Area saw a healthcare provider for emotional/health or alcohol/drug related issues.

Avanceno said even the numbers from peer-reviewed publications are alarming:

The “American Journal of Health” in a study this year said that 4.7 percent of Filipino men included in the National Latino and Asian American study fit the criteria for major depressive disorder in the “Diagnostic and Statistical Manual of Mental Disorders – IV” (DSM, 1994, a common language and standard criteria used by medical professionals, researchers, pharmaceuticals and even insurance agencies in the US and some parts of the world).

The same sample was used in 2011 when the “Journal of Women’s Health” observed that 4.4 percent of Filipino women also fit the criteria for depression.

“The most common mental illness among older adults is depression, a type of mood disorder,” Avanceno explained.

Depression has no single cause but is associated with a number of biological, social and psychological risk factors, such as long-term poverty, loss of a job or difficulty finding one, an accident resulting in long-term disability, being a crime victim, death of a spouse or a family member, effects of a chronic condition (like Parkinson’s, stroke, lupus, hepatitis and some cancers) and drug or medication side effects. Families with a history of it are known to be at greater risk for depression.

“Dementia (or the loss of cognitive abilities) is also a common mental disorder associated with aging,” Avanceno said. “Alzheimer’s disease is the most common type of dementia that is more than likely inherited.”

Many older adults also suffer from anxiety and substance abuse disorders, which may have earlier manifestations but more than likely ignored until they persisted.

The sad part is these could be diagnosed then treated, Avanceno said. “Many researchers point out that Filipino-Americans fare well compared to other Asian American groups in terms of some socio-economic and cultural indicators that maybe protective against mental health issues.”

Could cost be the barrier to accessing mental health services?

“Definitely, but interestingly enough, even with Medicare, Medi-Cal or the VA in place, many Filipino Americans and other Asian groups underutilize healthcare services,”Avanceno replied.

“Several reasons have been identified including cultural mistrust, enculturation or affiliation with traditional Asian/Filipino values, and even spirituality. Generally, the understanding is that Filipino Americans under-utilize the services because they are incompatible culturally, linguistically and socially with their needs.”

But with the Affordable Care Act (Obamacare) set to enforce health insurance, these barriers will have to come down. MHFA and ECCAC are part of the preparations under way.

Even now, Medicare covers in-patient and outpatient care for mental health and some prescription drugs for citizens and legal residents aged 65 and older. Filipino veterans on the VA system are also covered for mental health.

Covered California is the state’s version of Obamacare statutes on insurance exchanges for low- to middle-income families who do not qualify for Medi-Cal/CHIP and cannot afford private insurance or join private insurance pools (through employment).

Avanceno explained the close support ECCAC offers to families with mentally ill members. “ECCAC is fully paid for by the Mental Health Services Act (MHSA), which is funds collected and distributed by state to county mental health departments or programs. In other words, ECCAC and its Filipino component are funded by tax-payer dollars.”

The training is free to anyone seeking to learn more about mental illnesses. There is no prerequisite to attend the training and no limit to the number of family members willing to attend.

But it would be most useful to anyone closely working with the at-risk (like the elderly, the youth or in school and in juvenile settings.) The training is for information only and does not give out certificates.

“An additional requirement to work for ECCAC and many other mental health programs is that the employee should be a consumer of mental health services or should be a member of a family with a mentally ill member. Hence, we don’t use the word ‘peer’ lightly. This also allows us to be true advocates,” explained Avanceno.

Recent attendees who requested anonymity raved about it. “This course is a must-have for every person living on this planet. The more educated people, the more the understanding,” wrote one in the evaluation form.