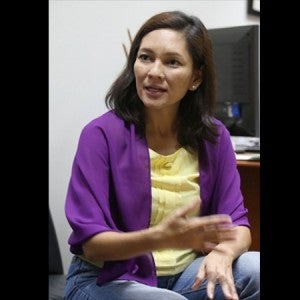 MANILA, Philippines—Hundreds of Philippine activists on Wednesday accused China of “gunboat diplomacy”, demonstrating at a noisy Manila protest against the Asian giant’s moves to stake its claims in the South China Sea.

Riot police cordoned off the entrance to an office building housing the Chinese consulate as an estimated one thousand demonstrators took Beijing to task for “bullying” the Philippines.

The protest, which ended peacefully two hours later, came amid festering tensions between the two neighbours over Scarborough Shoal, a Philippine-claimed outcrop seized by China after a two-month naval stand-off last year.

“Our simple message for China today is to stop your intrusions, and stop your bullying of other claimant countries,” Risa Hontiveros, a former member of parliament and one of the protest leaders, told AFP.

The demonstrators, who included politicians, former military officers and church officials, accused China in a statement handed out at the protest of implementing “gunboat diplomacy in the region”.

They put up a portable stage on the street, snarling traffic as they sang patriotic songs, blew horns, danced and hoisted anti-Chinese slogans.

China claims nearly all of the strategically vital South China Sea, even waters close to the shores of its smaller neighbours.

Apart from Scarborough, the Philippines has also protested the presence of Chinese navy vessels near Philippine-held Second Thomas Shoal in the Spratly Islands.

The islands have been a source of regional tension for decades, with China and Vietnam fighting battles in 1974 and 1988 for control of some outcrops in which dozens of Vietnamese soldiers died.

Wednesday’s protest in Manila was launched exactly a year after Beijing created a new administrative region in a Chinese-held island in the Paracels to oversee areas of the South China Sea that it claims.

At the demonstration, former interior secretary Rafael Alunan said Filipinos would not back down despite the Philippines’ weak armed forces.

“We have a long history of resistance and China is best forewarned,” he told his fellow demonstrators.