Tourists’ initial stay in PH extended from 21 to 30 days 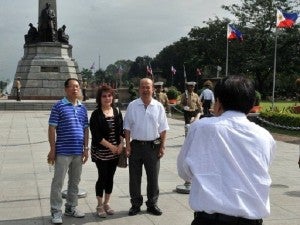 Starting August, visitors from 151 countries can enter the Philippines without a visa and can extend their stay up to 30 days, according to the Bureau of Immigration (BI). AFP FILE PHOTO

MANILA, Philippines—Starting August, visitors from 151 countries can enter the Philippines without a visa and can extend their stay up to 30 days, according to the Bureau of Immigration (BI).

BI officer-in-charge Seigfred Mison said on Tuesday the visa-free entry privilege has been extended from 21 to 30 days as part of the government’s efforts to draw more foreign tourists to the country.

The Department of Tourism is targeting 5.5 million foreign tourists for 2013 and double the figure by 2016. The tourism agency estimated that up to seven million jobs would be generated for Filipinos if the targets were achieved.

Mison noted that the new visa policy was adopted pursuant to a circular from the Department of Foreign Affairs issued on July 1. He said the bureau recently finished updating its computerized travel control systems in various ports of entry in time for the implementation of the new visa scheme.

While the scheme would allow foreign travelers up to 30 days in the country, visitors from Israel and Brazil shall be allowed an initial stay of 59 days following existing bilateral agreements, according to Mison.

He also emphasized that foreigners could only avail of the visa-free privilege if their passports were valid for at least six months beyond their intended period of stay.

When asked whether the new scheme would affect the bureau’s collection, Mison said reduction might be minimal since many tourists who usually extended their visit actually stayed more than 30 days in the country.

“Yes to a certain extent since tourists who will be here for more than 21 days but less than 30 days will no longer file extensions,” Mison told reporters.

“But reduction may not be significant since tourists who really extend stay here for more than 30 days,” he added.