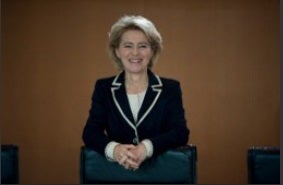 BERLIN—Germany Monday for the first time published a list of jobs it wants to fill with workers from outside the European Union to counter labor shortages in the ageing nation.

The jobs include hospital nurses and caregivers for the elderly, robotics experts, electricians and train drivers. Applicants must present qualifications deemed equal to those in Germany.

She said the new list showed that “companies in many industries are desperately looking for qualified people — not only engineers, but also for skilled workers.”

Faced with a shrinking population and enjoying low unemployment, Europe’s biggest economy is seeking such selective immigration for the first time in a program run by its federal labor agency.

Previously, Germany struck bilateral accords to attract workers in specific fields, such as nursing staff from Croatia and the Philippines, said a spokesman for the economy ministry.

The Organization for Economic Co-operation and Development in a February report found that non-EU workers with low or medium skill levels have much more difficulty than foreign university graduates in obtaining work in Germany.