WHAT WENT BEFORE: Martial law victims 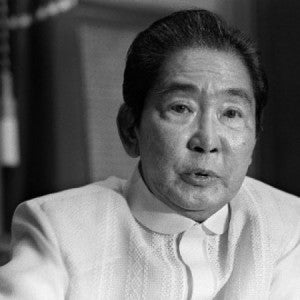 MANILA, Philippines—On February 28, 2011, the first batch of the 7,526 victims of human-rights abuses during the Marcos regime received $1,000 checks each as compensation.

This was the first time the victims received any compensation since they filed a class action suit against the Marcoses in 1986.

The funds came from a $10-million settlement of a case against individuals controlling Texas and Colorado land bought with Marcos money. Some $2.5 million was deducted for legal fees.

In a ruling on Jan. 13, Judge Manuel Real of the US District Court of Hawaii approved the distribution of $7.5 million to the 7,526 eligible members of the class action suit.

There were 9,539 members at the beginning of the case but some 2,000 did not meet court requirements.

In its ruling, the US Court of Hawaii defined an “eligible” claim as that made “by a class member who submitted claim forms, as ordered by the court, in both 1993 and 1999 as memorialized in the database maintained by lead counsel for the court.”

American lead lawyer Robert Swift and his Filipino co-counsels, assisted by the Commission on Human Rights (CHR) distributed the checks personally to claimants throughout the country.

The fund distribution to the eligible claimants was completed by 2011, according to Myrna Jimenez, manager of the martial law files project of the CHR.

The payments to the victims partly fulfilled a $2-billion judgement against the Marcos estate in 1995. A federal jury awarded the money after finding former President Ferdinand Marcos liable for torture, summary executions and disappearances of political opponents during his 20-year rule (1965-1986).

The victims never received any money until the 2011 US Court decision because of disputes over Marcos’ property.  Inquirer Research