4 Filipina maids of arrested Saudi princess in US safe 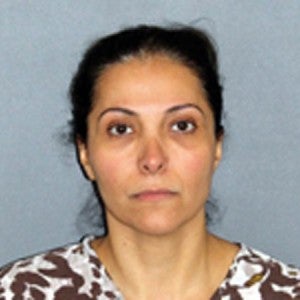 SANTA ANA, California—Four Filipina domestic workers who voluntarily went with U.S. authorities during a raid early morning on July 10 that led to the arrest of their Saudi princess-employer are safe, according to the Orange Country district attorney.

Orange County District Attorney Tony Rackauckas identified 42-year-old Meshael Alayban as a Saudi princess who was charged with one count of human trafficking. If convicted, she faces up to 12 years in prison.

The four Filipinas, whose names were not released by authorities pending investigation, are co-workers of a 30-year-old Kenyan national who escaped Tuesday from a plush condominium complex in Irvine.

“They (the Filipinas) are not in custody,” Orange County District Attorney spokesperson Farrah Emami told FilAm Star on Thursday.

“They are in a safe place and are doing well,” Emami said.

Authorities are investigating if the four Pinays were also exploited because their employer confiscated their passports, like their Kenyan colleague.

The Kenyan, when brought to the Irvine Police Department (IPD) by a responding motorist, said she was a victim of slavery and forced to work against her will. She identified her employer as Alayban, a frequent traveler to the U.S. and owner of several plush properties in California.

After hours of investigation and verification, the IPD alerted the U.S. Immigration and Customs Enforcement (ICE) and Homeland Security Investigation (HSI). A joint operation was then conducted that led to the arrest of the 42 year-old princess.

All five are part of the Princess’ entourage of helpers. Police say Alayban’s family traveled to the United States in May with the victim and the four Pinay domestic workers.

The 30-year-old woman was hired in Kenya in 2012 and her passport was taken from her on arrival in Saudi Arabia. She was forced to work excessive hours and was paid less than she was promised and not allowed to leave, authorities said.

“This is not a contract dispute,” Rackauckas told the court during a bail hearing on Wednesday afternoon. “This is holding someone captive against their will.”

An Orange County judge set bail at $5 million for Alayban and required her to submit to GPS monitoring. He also banned her from leaving the county without prior authorization.

Alayban did not appear in court. Her attorney, Paul Meyer, said the case was a contractual dispute and argued his client should not be assigned a ransom-like bail solely because she was rich. He said she had been traveling to the United States since she was a child, owned properties here, and had given her word she would address the allegations.

“This is a domestic work hours dispute,” he said.

Rackauckas had asked the judge to deny bail for Alayban or set it at $20 million, saying it was unlikely any amount would guarantee a Saudi princess would show up in court. He said the Saudi consulate had already offered to cover $1 million in bail initially set after her arrest.

The victim was working “around the clock” for the family cooking, cleaning and caring for children, said Irvine police chief David Maggard Jr. She had been promised wages of $1,600 a month but was paid only about $200 a month, Rackauckas said.

Maggard said the Filipina workers left the home voluntarily with police once authorities arrived. They told police they were interested in being free, Maggard said.

Meanwhile, probe continues on the plight and situation of the four Filipina workers with no immediate information as to whether all four will also pursue charges against their employer.

The princess’ Thursday arraignment was reset for July 29.

“The laws of our nation and California do not tolerate people who deprive or violate the liberty of another and obtain forced labor or services,” said Rackauckas. “If any person is being enslaved, he or she should contact law enforcement.  Any victim of human trafficking will receive the benefit and protection of the laws of the United States and California.”

“In this country, it is not only unacceptable to hold people against their will, it is criminal.  This case should serve as an example to human trafficking victims that they can come to authorities without fear, so we can provide them with protection and bring those responsible to justice,” Arnold said.