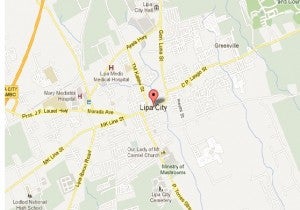 MANILA, Philippines—The story of Jim Lafferty and Romeo Silva calls to mind the Pulitzer Prize winning novel “The Bridge of San Luis Rey” by Thornton Wilder, in which a singular incident points to a higher intention that changes the lives of those involved.

In 2006, Lafferty, then president of Procter & Gamble Philippines, was a chance passenger on a Northwest Airlines flight to Manila from Detroit, having just run the Chicago Marathon. Silva, a lay minister and retired public school principal, took the same flight home after undergoing a medical checkup.

Lafferty and Silva stopped over in the early morning at Nagoya, Japan, after an uncomfortable long-haul flight. The transfer had passengers taking a long walk to their next gate, and standing in a long line for the security checks.

‘You have to fight’

Suddenly, Lafferty heard someone yelling, “Tatay, lumaban ka (Father, you have to fight)!” He ran to where the noise was coming from and found an old man unconscious on the floor. Silva suffered a heart attack. Lafferty checked for breathing. Finding none, he tore open the man’s shirt and started administering CPR.

Lafferty’s wife hugged the man’s son, who kept whispering that he didn’t know what to do. The flight attendants were crying; Lafferty’s kids were crying, too. The man’s breathing resumed—although very irregularly—only to stop again. Lafferty managed to revive him again but the man by then slipped into a coma.

At this point, the life squad arrived to take the man to the hospital. It was a full 40 minutes from the time Silva fell to the ground.

Lafferty was taken to be interviewed by airport authorities. There was no Good Samaritan law in Japan so he could have been liable if Silva had died. Lafferty recalled, “That was probably why nobody else helped Romeo. I never thought about it; I just ran and did it.”

He recounted everything to the authorities, and was later allowed to go. Fortunately, the plane waited for him.

Silva regained consciousness at 9 p.m. and spent the next four days in the hospital before he was allowed to fly back to Manila.

Lafferty and Silva looked for each other after the incident—Lafferty to find out how Silva was, and Silva to thank Lafferty. Lafferty had given his business card to Silva’s son Romil, but Romil had lost it in the confusion.

After four months, they finally found each other through the help of Northwest Airlines.

Fast forward to 2013. It was Lafferty’s 50th birthday and he decided to pay Silva a visit in his home in Batangas.

Silva is 81 years old now and confined to a wheelchair due to a broken hip from a fall in January. The doctors could not operate on him because of his age, so he is in constant pain. He has a caregiver looking after him, and goes to regular therapy to regain the use of his legs.

He had never been confined in a hospital since the Nagoya incident, and was walking every day to work as a volunteer lay minister. Silva has also never traveled back to the United States since 2006.

Lafferty has since left Procter & Gamble. He served as chief executive officer of Coca-Cola in Africa before taking on the post of Philippine general manager of British American Tobacco last year.

When they saw each other, Silva broke down in tears and Lafferty gave him a long hug.  Silva’s first words were “thank you.” He gestured toward the wheelchair and said, “I’m weak now,” to which Lafferty smiled and assured him, “You’re still looking good.” Within the first few minutes of that reunion, it was obvious the two shared a special bond.

The Silvas served Lafferty Bulacan delicacies—pancit miki, puto, kutsinta, bibingka and bilo-bilo. On discovering that it was Lafferty’s birthday, Romil promptly left the room to re-emerge with a De La Salle Lipa (DLSL) bag and cap which he gave him as a birthday present. Romil is a literature and education teacher at DLSL.

In the course of the conversation, it became apparent that Lafferty has become a dear friend to Silva and his family, although their meetings were few and far between. It was also apparent that Lafferty felt the same way toward Silva in the way he would touch his hand or how his tone would soften when he spoke to him.

Silva’s sons told Lafferty that they thought of him right away when the Boston Marathon bombing happened, wondering if he had been there and praying that he was safe. At the request of Romil, Lafferty has talked before the DLSL employees general assembly. He has also delivered an inspirational speech before senior DLSL nursing students about the importance of giving back.

Lafferty kept asking Romil if Silva needed anything, and assured them that they could call him for any help he could give. Romil smilingly replied, “Don’t worry, we’re OK.”

Last year, Silva wanted to invite Lafferty to his 80th birthday party but didn’t know how to reach him. It turned out Lafferty was abroad at the time, but he still chided Romil, “Don’t keep losing my card!”

Talk predictably moved to their encounter seven years back, which still strikes a chord with them. Romil recounted how helpless he felt in Japan when he didn’t have any money and couldn’t speak the local language. All he had to eat were some chocolate kisses.

In their four days at the community hospital in Nagoya, Romil often wondered to himself why his father had to suffer a heart attack in Japan. Why not in the United States or the Philippines? Was there a purpose?

But then, complete strangers started helping. People in the hospital and the airport helped Romil get permission to extend his stay in Japan. Someone from the airline brought them food. The hospital gave Romil free use of their business phone.  A stranger in the hospital gave him 2,000 yen. Northwest and the hospital helped arrange their clearance and flight back to the Philippines.

On the day they left, the nurses were in tears. The president and the treasurer of Northwest accompanied them to the airport. On hindsight, Romil realized that the whole episode was a blessing triggered when Lafferty unthinkingly stepped in and saved his father’s life.

“It’s the kind of experience I can never forget,” he said. Lafferty agreed, “Every time I’m in Nagoya, I stop at that spot and remember what happened.”

And the bond was not limited to Lafferty and the Silvas. They have also become friends with Michelle Reyes, the Northwest officer who initially served as the bridge for them to find each other. She is now country manager of Delta Airlines, and Lafferty is godfather to her son. During the reunion, Lafferty called Reyes on the phone and the three of them chatted together.

When it was time for Lafferty to go, Silva tearfully thanked him again for saving his life and asked him not to forget him. Lafferty said the visit was his honor, adding, “I would recognize you anywhere in a second, always.”