PH denies delayed release of passports of 678 Filipinos in Sabah 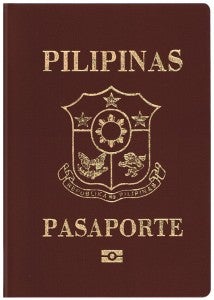 MANILA, Philippines—The Philippine Embassy in Kuala Lumpur denied Saturday allegations that the passports of close to 700 Filipinos working in Sabah have been delayed for several months.

Juvy Ranjit, a managing director for an employment agency in Sabah, personally came to the Department of Foreign Affairs (DFA) Friday and filed a letter of appeal asking for the release of 687 passports for Filipinos working in palm oil plantations.

She said that the passports have already been paid but were not released causing the undocumented Filipino workers there to miss an amnesty program of the Malaysian government for illegal migrant workers which expired November 2012.

Ranjit further claimed that she kept following up on the passports but were told that these were probably still in Manila.

The Philippine Embassy in Kuala Lumpur however said in a statement that most of the passports have been released and that the processing of the remaining passports were delayed because of incomplete documents and information provided by the applicants.

“In many cases, the applicants improperly wrote their return mailing address in the application form, or have since moved to another place without properly notifying the embassy,” it said.

“A number of applications have also been disapproved for lack of birth certificates or similar documents,” it added.

The embassy also said that the accreditation of Ranjit’s placement agency, Pinoy Resources, was on hold because of complaints of overcharging and failure to deliver services from the Filipino community there.

It further said that the agency has been a subject of an exposé by a television news program and the Blas F. Ople Foundation last March 2012.

Ranjit’s agency was allegedly involved “in the sale and proliferation of falsified Philippine birth certificates to undocumented Filipinos in Sabah,” the embassy said.