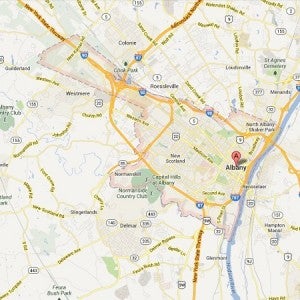 ALBANY, New York—A former US Marine facing murder charges in the Philippines denied at his extradition hearing Thursday that he entered a home and shot a couple.

Timothy Kaufman is one of three men charged with the 2011 killing of a retired Northern Ireland police officer and his girlfriend.

Kaufman told the court he was not involved in the killing of David Balmer, 54, and 26-year-old Elma de Guia. The couple was found dead on Sept. 2, 2011, in a home owned by a club owner who was friends with Balmer.

Kaufman said he was in the Philippines helping a friend with an electronics company and helping at the US Embassy. He did not elaborate.

Kaufman, 35, was arrested in April in the United States.

Assistant US Attorney Rick Belliss told the judge there is sufficient evidence against Kaufman to meet the terms of the extradition treaty with the Philippines.

Magistrate Randolph Treece will issue a written decision sometime after July 12. Lawyers said the ultimate decision whether to extradite Kaufman will come from the US secretary of state.