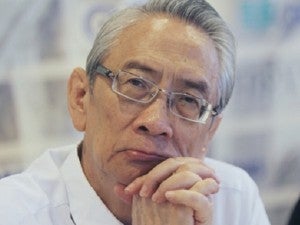 MANILA, Philippines — Filipino gay groups say they have to overcome discrimination first before gunning for same-sex marriage legislation in the face of  stern Church opposition that, according to a retired bishop, “God created Adam and Eve, not Adam and Adam, nor Eve and Eve.”

The groups hailed Wednesday’s US Supreme Court ruling affirming the legality of same-sex marriage in the United States, but clarified that they were not yet pushing for such unions in the Philippines.

They said they were more interested in lobbying the upcoming 16th Congress to pass a law that would ban discrimination against lesbians, gays, bisexuals, transgender (LGBTs).

“We are still fighting for our basic rights. That is the sober reality here in our country. How do you go into gay marriage when there is still discrimination in schools and the workplace?” said Jonas Bagas, executive director of the TLF Share Collective. “We want our fundamental rights to be secured first and respected.”

“The priority is the anti-discrimination bill,” said Clyde Pumihic, spokesperson for the Progressive Organization of Gays in the Philippines (Pro-gay). “Marriage equality is a long-term goal and difficult but achievable despite the Roman Catholic Church’s resistance.”

The US Supreme Court on Wednesday declared as unconstitutional the US Defense of Marriage Act and cleared the way for same-sex marriage to be restored in California.

In a statement, retired Archbishop Oscar Cruz rejected same-sex marriage. “Such is against divine law, considering that God created Adam and Eve—not Adam and Adam, nor Eve and Eve. Otherwise, there could not have been Abel and Cain,” said the head of the matrimonial tribunal of the Catholic Bishops’ Conference of the Philippines.

“Marriage is a bodily union—not merely an understanding, nor simply a merger. Hence, only a man and a woman can have a union in love, in spirit and in body—that usually bring forth other lives in the world,” he said.

Cruz said same-sex marriage also ran against the Family Code of the Philippines and the 1987 Constitution.

“But all the above notwithstanding, all those contracting  ‘same-sex marriage’ are but the victims of their sexual personality constitution, and as such, they retain the claim to respect and understanding of others,” Cruz said. “The truth is that men and women commit more disturbing sexual aberrations than members of the ‘third sex’ who enter into same-sex marriage.”

He said the measure would have banned discrimination against LGBTs in schools, the workplace, insurance policies, and the police and the military.

“There are still schools that kick out (gay) students if they come out. Gays are discriminated in insurance policies because they are thought to be more prone to HIV when we know that it is sexual behavior that determines that,” Bagas said.

“LGBTs are also dismissed from work or denied promotion because of their gender identity. And while the police and the military have stated that gays are welcome, we have yet to see that policy written down in black and white,” he added.