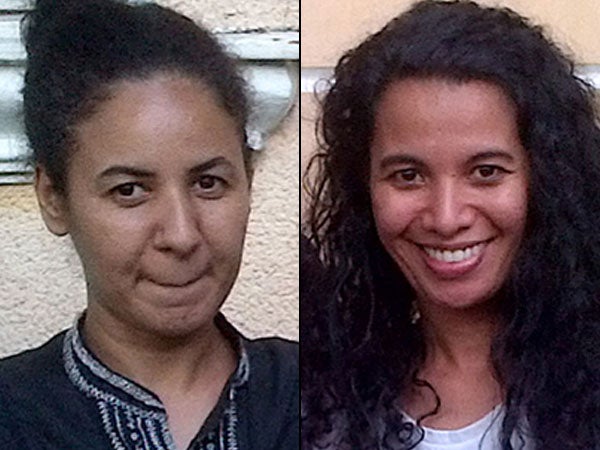 MANILA, Philippines—Amnesty International and the family of two Filipino-Algerian sisters called for suspected Islamic extremists to release the women immediately, saying Thursday that they are human rights defenders and filmmakers who focused on the plight of impoverished Muslims in Mindanao.

Nadjoua and Linda Bansil were taken by about 10 suspected Abu Sayyaf members Saturday in southern Sulu province’s Patikul town while working on a short film about Muslim coffee farmers. At least three companions of the sisters, who were seized from a van, were left behind by the gunmen, police said.

Their brother, Mohammed Bansil, noted that his sisters were seized while tackling the very issues at the root of the decades-old minority Muslim unrest in the southern Philippines.

“Instead of filming, they now have become the story,” he told The Associated Press.

“It’s sad that they were taken because they went to Sulu to tell the whole country about the struggles of poor Muslims,” he said.

Linda Bansil, 37, wrote for Amnesty International publications in the Philippines and her 39-year-old sister volunteered work on films about the travails and culture of Filipino tribesmen. They also worked together to produce low-budget, independent films showcasing Filipino Muslim life and culture, their family said.

“Even on the streets, they’ll pick up homeless children or intervene when somebody’s being abused,” Mohammed Bansil said.

Marine Colonel Jose Cenabre said that the gunmen belong to the Abu Sayyaf, a group notorious for ransom kidnappings, beheadings and other atrocities. Police said they were still checking if the abductors were from an allied group of young Muslim extremists behind several kidnappings.

The al-Qaida-linked group also is holding a Jordanian journalist and two Europeans.

Officials said that the women, who were guests of a Sulu-based sultan, did not coordinate with police before their trip to the dangerous Patikul hinterlands. They reportedly visited Mount Sinumaan, a rugged mountainous area where the Abu Sayyaf maintains a camp, and were on their way back to the provincial capital of Jolo when they were stopped.

The sisters were born in Algeria to an Algerian mother and a Middle East-educated Filipino Muslim scholar, but grew up in the Philippines.

One of the acclaimed independent short films they had produced is called “Bohe,” about the life of impoverished Filipino sea gypsies.