PH road quality on par with Indonesia’s but well behind Thailand, Malaysia 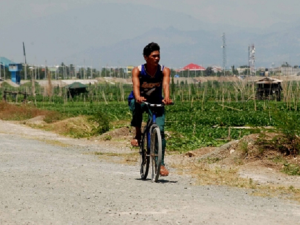 MANILA—About 73 percent of national, provincial, city, municipal and barangay roads nationwide remain unpaved, according to the Department of Public Works and Highways.

Despite this, the DPWH has noted a slight improvement in the quality of Philippine roads following the “adoption of new construction design specifications like the increase in concrete pavement thickness from 230 mm to 280 mm and outsourcing project inspection and quality control,” among other measures.

In its midterm accomplishment report, the department said the country’s roads were already “at par with Indonesia” and targeted to be comparable to those in China and Thailand by 2016.

Citing the latest Global Competitiveness Report of the World Economic Forum, the DPWH reported that on a scale of 1 to 7—1 being extremely underdeveloped and 7 extensive and efficient by global standards— the Philippines scored a 3.4 for its road network in the 2012-2013 period.

Of 144 countries worldwide, the Philippines ranked 87th (from 114th during the previous WEF survey) for the overall state of its roads and bridges.

Earlier, the DPWH said the government would look at Malaysia “as a benchmark in terms of quality of roads.” With a road network of 98,720 km, more than 1,820 km of which are expressways, Malaysia’s road infrastructure is one of the most developed in the Asean region.