Another foreign vessel runs aground in coral reef 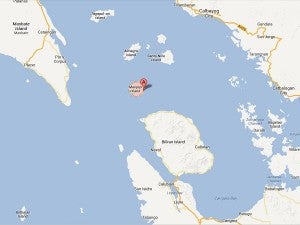 The Japan-bound MV Unicorn Logger, with a crew of 18 headed by Capt. Nguyen Anh Tuan, ran aground on Sambawan Islet at around 7:10 p.m., Maripipi town local government operations head Ritchie Peñaflor said in a phone interview.

He identified the vessel’s operator as Wisdom Marine Lines, based in Panama.

The vessel departed from Sandakan, Malaysia, on June 11 around 9 a.m. and was sailing to Japan when it ran aground on Sambawan islet off the island town of Maripipi.

“This is now our concern. The incident has resulted in the destruction of our coral reefs covering 270 square meters, according to the initial assessment of our local fishery and agriculture office,” he said.

The fishery office was also looking for possible oil leaks but so far had found none, he said.

Peñaflor said the Maripipi municipal government was studying the possibility of seeking damages for the destruction of coral reefs from the owner of the commercial vessel.

The site of the incident is about 50 to 60 meters away from a beach resort maintained by the municipal government, he said.

Philippine Coast Guard personnel coming from Tacloban City were on their way to assess the situation, Peñaflor said.

He said the municipal government was having difficulty in getting more information from the ship captain, who spoke little English.

But the municipal government has offered assistance to the crew, if some of them have been hurt, Peñaflor said.

The crew members, who were all Vietnamese, chose to stay aboard the vessel.

Quoting the vessel’s captain, Peñaflor said the ship was trying to avoid hitting a fishing boat when it hit the  shallow portion of the waters off the islet, ending up grounded.

Read Next
Global protest set at UN against China ‘expansionism’
EDITORS' PICK
Taal Volcano flexes signs of restiveness anew
SM continues to send relief assistance to remote towns in Batangas
Get exciting deals and discounts when you download the new McDonald’s App
China expands lockdowns to 25M people to halt viral outbreak
DOH: Second person ‘under investigation’ for 2019-nCoV in Tacloban City
‘A greener, cleaner tomorrow’: A how-to guide for Filipinos who want to help with today’s energy crisis
MOST READ
PH to ‘start process’ of VFA termination — Locsin
172 Chinese tourists arrive in Bohol
Lacson on Duterte’s threat to end VFA over Bato’s canceled visa: Where is the connection?
DOH: Second person ‘under investigation’ for 2019-nCoV in Tacloban City
Don't miss out on the latest news and information.