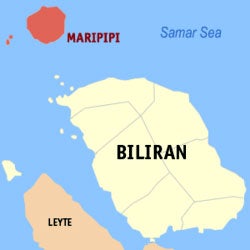 The Japan-bound ship M/V Unicorn Logger, which had 18 crew members and was skippered by Nguyen Anh Tuan, ran aground at Sambawan Islet at around 7:10 p.m., Maripipi town local government operations head Ritchie Peñaflor said in a phone interview.

The 5,691-ton Panamanian-registered ship was carrying lumber weighing a total of  836 metric tons, Peñaflor said. He identified the vessel’s operator as Wisdom Marine Lines based in Panama.

The vessel departed from Sandakan, Malaysia, on June 11 at around 9 a.m. and was bound for Japan when it ran aground at the Sambawan Islet off the island town of Maripipi.

“This is now our concern. The incident has resulted in the destruction of our coral reefs covering 270 square meters based on the initial assessment of our local fishery and agriculture office,” Peñaflor said.

On top of this, they were also looking for possible oil leaks that might result from the incident, he added. So far, no oil was seen coming from the vessel.

Peñaflor said the Maripipi local government was studying the possibility of seeking damages for the destruction of coral reefs from the owner of the vessel.

The site of the grounding is 50 to 60 meters from a beach resort maintained by the local government of Maripipi, the farthest island municipality of Biliran province.

Philippine Coast Guard personnel from Tacloban City were on their way to assess the situation, Peñaflor said.

He explained that they were having some difficulty getting more information from the ship captain due to the language barrier.

Peñaflor said the local government has offered assistance to the crew, who were all Vietnamese, but they chose to stay on the vessel.

Peñaflor also said that based on their initial interview with the captain, the ship was trying to avoid a fishing vessel when they ran aground.