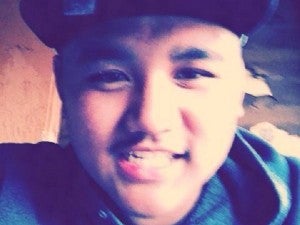 The victims, Christian Comilang, 15, and Johnson Cular, 16, were students of Independent High School and members of the Filipino Youth Coalition, a community service group founded in 1992. The two were San Jose residents who would have been sophomores in the fall.

After a week-long wait without word from the SJPD as to possible motive or suspects in slayings of two Filipino American youths, the youth coalition appealed to authorities for action. Police on June 1 finally arrested Matthew Clifford, 19, and a 17-year-old juvenile.

According to FYC sources, Comilang and Cular separated from a group of youths enjoying a late Sunday afternoon frolic toward the end of Rinehart Drive, behind the Kohl’s department store along McKee Road. They were seen talking to a stranger on a bicycle, who had one hand in his pocket. The bicyclist suddenly pulled out a gun and shot Comilang and Cular pointblank.

The police report logged the 911 call at around 6:30 p.m. and reported that both victims suffered from a gunshot wound each. It also said one of them was pronounced dead on the scene while the other died at the hospital.

Comilang and Cular were not gang members and did not have police records. Speculation in the Filipino community is that the slaying was done as part of a gang initiation or hazing.  Both the community grapevine and Facebook are abuzz with this theory.

SJPD homicide detectives issued a statement saying they believed the crime was not gang-related. About a third of the 22 crimes so far this year in San Jose is attributed to gangs. According to many in the Filipino community served by the FYC in the east side, gangs wield a heavy influence.

Not too many individuals are willing to speak about the slayings openly or to the authorities for fear of retaliation. Both victims’ parents were unavailable for comment.

Two coeds who requested anonymity remembered Comilang’s ability to make friends laugh and his desire to be a boxer someday. “He didn’t do anything and didn’t deserve this,” said one of the young women. “They were just at the wrong place and at the wrong time.” 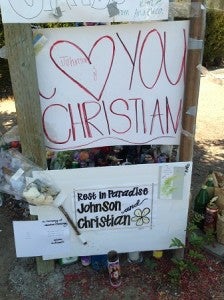 Executive Director Sarah Gonzalez said the FYC is meant “especially for at-risk youth and youth who are impacted by gangs. It’s a community outreach program that involves its members in alternative positive after-school programs.” This means, among other things, talent shows, dances and distributing food to the homeless in their area, with an emphasis on going back to one’s own cultural roots.

FYC members look out for each other and their community. It is reported that a past FYC member once expedited a young FYC member’s job application upon seeing FYC on his resume. Just this year, past FYC member Marlon Custodio came back from an API internship at the White House to encourage the current FYC members.

FYC seized the double murder case to spotlight their own concerns over the impending budget cut that would put the organization out of their Tuesday meetings at Welch Park and take away money for the after-school programs. They organized a group Tuesday to speak at the City Council’s agenda meeting in their downtown chambers and present their written petition.

They almost made it to the tail end of the calendared sessions. But the council worked through a load of agenda and the Mayor called for a recess at about 6:30 pm. When they returned, there were not enough council members to form a quorum. Undaunted, the FYC plans to distribute its petition to all 11 council members at individually scheduled appointments.

Gonzalez said FYC began receiving grants 15 years ago for as much as $150,000. In recent years, bad times and shifting priorities cut into the grants and FYC had years when they received anywhere from $18,000 to $44,000.

A plan for Mayor Chuck Reed’s Gang Prevention Task Force Team was initiated in 2008. Part of the team is the Community Crime Prevention Associates (CCPA), which gave the grant to organizations like FYC. This year CCPA Director Peter Ellis evaluated FYC and gave it “the highest rating among all the community’s service providers in their service performance index,” Gonzalez said. Despite this, “There may no longer be any money for 2014.”

Asian Law Alliance Executive Director Richard Konda said the money was not being taken away from the FYC to be given to other organizations with bigger gang-related problems (like the Norteno-Sureno gangs rivalry). But because “there’s not much left of it to go around.”

Gonzalez said, “Still, there could be consequences (if the city does not do anything immediately about the influence of gangs and if the budget cut continues). The gangs may take advantage of the situation and impose their own agenda on the community.”

In the latest development, District 4 Council member Kansen Chu replied to Gonzalez with a message that the Department of Parks, Recreation and Neighborhood Services will be augmenting FYC’s budget with $12,000, extend their contract until September 30 and a future spot on the inter-agency agenda for discussion.

“Which is not much,” said Gonzalez.

Angel Sangalang, who also coordinates with FYC said, “This is not just a problem for the Filipino community or just the API’s but a problem for the whole of San Jose. When our kids are out on the streets and somebody just guns them down in broad daylight for no reason at all, we all have a problem.”