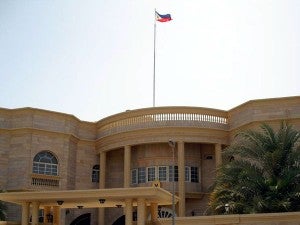 BUTUAN CITY, Agusan del Norte, Philippines – The grieving family of a Filipino worker who died in Bahrain has complained about the continued inaction of Philippine Embassy officials on its request for an investigation into her mysterious death.

Helena Virginia Viray said two months into the death of her daughter, Kathleen Ann Viray Ilagan, in Bahrain, no formal investigation has been conducted by embassy officials to bring closure to her case.

Viray said something might be amiss in the silence of embassy officials. “Until now, Ambassador (Sahid) Glang has kept his mouth shut. There has been no word from them. I am convinced there’s an ongoing cover-up,” Viray told the Philippine Daily Inquirer.

A Butuan native, Ilagan, 31, left the country in December 2012 to work as a pastry chef for a baking company in Bahrain. Sometime in April, she fled her employer over reported abuses and sought refuge at the Philippine Embassy’ managed shelter there. On April 8, while waiting for her repatriation, Ilagan was found hanging behind a door knob in one of the shelter’s room in what the embassy reported as a case of suicide.

But Viray said it was highly suspect that her daughter killed herself because she was “brightly looking forward to going home” and that “no police investigation and autopsy were conducted on her body.”

“Embassy officials easily concluded suicide without conducting a thorough investigation. I’m more convinced there was foul play, based on the serious and blatant inconsistencies and mis-aligned facts in the embassy report,” she said.

Calling it disturbing, Viray said a report reached her that a day before Kathleen was found dead, she was forcibly taken back by her employer “right under the noses of embassy and shelter program officials.”

“My daughter was a run-away so she was clearly under threat of harm, but why did embassy officials send her out and allow her to leave the premises with her employer without protecting and accompanying her?” she asked in tears.

Viray said the glaring refusal of Ambassador Glang to conduct a full-blown investigation has indicated that powerful hands have been manipulating to cover-up the case.

According to her, the father of her daughter’s Bahraini boss, whom she had suspected of having a hand in her daughter’s death, was an influential Muslim sheik serving as an adviser to the Bahraini president.

“Ambassador Glang and Cruz have a lot of explaining to do, they can’t just outrightly attribute one’s death to suicide without any police report and autopsy as basis,” she said, adding that criminal and administrative charges have been in the works against the two officials.

She also urged the Aquino administration to review protocols of embassy-run shelter programs in Middle East.

“I’m doing this not only for my daughter’s sake but also for thousands of OFWs who might suffer the same fate of taking shelter in our embassies abroad but ending up helplessly murdered, with their deaths charged as another suicide.  The government must protect the rights and welfare of our OFWs,” she said. With a report from Chris Panganiban, Inquirer Mindanao