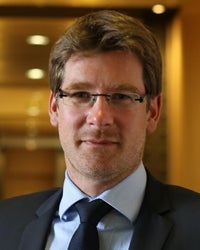 PARIS—France has drawn up a blacklist of 17 countries including Switzerland that do not help investigate foreign aid fraud, banning the use of their banks to help distribute development funds, officials said Monday.

Aides to development minister Pascal Canfin were unable to say how much French foreign aid currently transits via banks in the countries featured on the new blacklist.

The blacklist expands on an already-established register of eight “non-cooperative states and territories” that already includes Botswana, Brunei, Nauru, Guatemala and the Philippines.

The officials justified the move by saying there was a lack of transparency in the nations on the list, adding that poor and developing countries were often the main victims of fraud.

“The aim is primarily preventative, to put pressure on these countries by publicizing this list to progress towards more transparency,” they said.

It comes hot on the heels of a damaging scandal involving Jerome Cahuzac, a former budget minister who was once in charge of fighting tax evasion but admitted to having a secret, foreign bank account after months of denial.