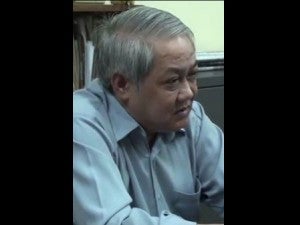 MANILA, Philippines—More than 30 foreign observers are currently in the country to monitor Monday’s midterm elections.

Organized by the Compact for Peaceful and Democratic Elections (Compact), the foreign observers attended the formal launching of their mission, dubbed “International Team Bantay,” in Quezon City on Friday.

Compact national coordinator Arnold Tarrobago said the observers will be divided into six teams and deployed to Cagayan, Pampanga, Camarines Sur, Masbate, Cebu and the Autonomous Region for Muslim Mindanao.

“Many of them are interested in seeing the political developments since the election of President Aquino. They want to assess the reforms instituted by the President and how it will impact the midterm elections,” Tarrobago said.

“Because President Aquino was elected under the banner of reform, many of the observers want to see if this will have any effect on the current conduct of elections,” he added.

Tarrobago said that since the midterm elections are largely seen as a referendum on the incumbent administration, the observers are also keen on looking at how the local and senatorial races will play out under this administration.

“I think it’s also important to look at how the current policy moves of the administration will be affected by the elections. Will the senatorial elections have a bigger effect than the local races or the other way around?” he said.

Tarrobago also noted that certain “iconic” electoral contests also drew the interest of the foreign observers. He cited the gubernatorial races between Ed Panlilio and Lilia Pineda in Pampanga, Leni Robredo and Nelly Villafuerte in Camarines Sur, and Father Leo Casas and the Kho and Lanete clans in Masbate, among others.

“These local races are very significant in our political history. It’s a contest between those perceived as carrying a reformist platform and those candidates seen as belonging to longtime political families,” he said.

“The observers are curious as to how local dynamics can shape the political culture of the people in the area,” Tarrobago added.

Compact said that the observers’ 10-day mission will include a general orientation, press briefing and local election monitoring.

“They will stay for five days, including Election Day, in the local areas. Prior to the elections, the international observers are given an in-depth orientation on the local political situation, and are accompanied by local host organizations in conducting interviews with different political players and election stakeholders,” Tarrobago said.

Local press briefings will also be conducted to announce the mission and later on present the preliminary observations and recommendations.

After the elections, the international observers return to Manila for “experience sharing” and collective crafting of the monitoring report. The observers’ mission report will be presented to the public in general, and to concerned government agencies, as well as the diplomatic corps.

First convened in 2004, Compact is a consortium of nongovernment and civil society organizations with aims to address the growing incidence of election-related violence, allegedly committed by both state and nonstate actors.

Compact’s 2013 national conveners include: Ramon Casiple of the Institute of Political and Electoral Reform; Joy Aceron of the Ateneo School of Government; Gladstone Cuarteros of the La Salle Justice and Peace Commission; Pastor Al Senturias of the Cosmopolitan Church; Robert Francis Garcia of the Peace Advocates for Truth, Justice and Healing; Earl Parreno of the Social Enterprise Empowerment for Rural Development; lawyer Zainuddin Malang of the Mindanao Human Rights Action Center; Roberto Verzola of SRI-Pilipinas Network; Ruevin Serrano of the Student Council Alliance of the Philippines, and Geline Avila of Compact 2010.