Envoys to visit Filipino victims of alleged human trafficking in US 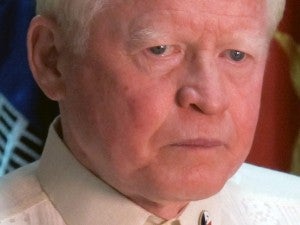 MANILA, Philippines—Philippine officials in the United States will visit this week the two Filipino women rescued from a Saudi diplomat’s house in Virginia in a suspected human trafficking case, the Philippine embassy in Washington D.C. said on Saturday.

In a statement to the Inquirer, the embassy said Consul General Ariel Peñaranda asked the “US agencies concerned” on Friday (Saturday in Manila) to allow a consular visit to the rescued women.

“US authorities immediately acted on the request and arrangements are being made to allow Consul General Peñaranda, labor attaché Luzviminda Padilla and welfare officer Saul de Vries to visit the two Filipinos on Monday,” said the embassy statement.

Acting on a tip, US immigration officers last Tuesday swooped down on a home in McLean, Virginia, owned by the Saudi government and took custody of the women who were reportedly working for a Saudi attaché under “circumstances that amounted to human trafficking,” a US official had said.

CNN reported the women complained of maltreatment and being forced to work long hours without pay.

Philippine Ambassador to the US Jose Cuisia Jr. said the embassy was prepared to “extend the necessary assistance” to the two. The embassy declined to provide further details given the ongoing US investigation.

It also did not say which US agency was currently looking after the women or their location.

The Department of Foreign Affairs (DFA), meanwhile, said it would closely monitor the US probe.

“An ongoing investigation is being conducted by US authorities. We will be monitoring developments in this case,” said DFA spokesperson Assistant Secretary Raul Hernandez. Tarra Quismundo