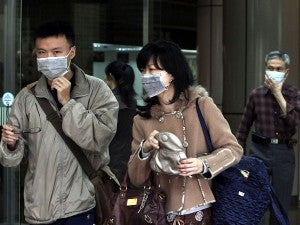 MANILA, Philippines– The Philippines has imposed a temporary ban on poultry and related products from China amid bird flu concerns, according to a Department of Agriculture memorandum order released this week.

A highly virulent H7N9 avian influenza has affected poultry in Shanghai and neighboring regions in China’s Eastern seaboard as confirmed by the Ministry of Health in China and the World Health Organization.

The DA in its memo said it had issued the temporary ban in order to protect the health of the local poultry population from the avian-flu causing virus, which might enter the country via travelers bringing in birds and other poultry products from China.

Agriculture Secretary Proceso J. Alcala said that emergency measures are being implemented in response to such concerns.

The agency, thus, banned importation of domestic and wild birds and their products, including day-old chicks, eggs and poultry semen from China.

The DA has immediately suspended the processing, evaluation, and issuance of veterinary quarantine clearance/international veterinary certificate import permit for applications relevant to the importation of affected commodities from China by the Bureau of Animal Industry.

The agency has also ordered stoppage and confiscation of all shipments of poultry and poultry products into the country originating from China by all authorized quarantine inspectors and officers at all major seaports and airports.

The WHO in a report on April 25 said a total of 109 cases of human infection (including 22 deaths) have been confirmed in China. Outside China, the Taipei Centres for Disease Control has confirmed infection of a 53-year-old Taiwan businessman that contracted the H7N9 strain of bird flu while traveling in China.

Various countries are presently racing to protect their borders and prevent entry of the virus strain that a WHO official has reportedly described as “dangerous.”