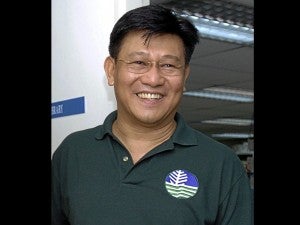 MANILA, Philippines—The Philippines has been chosen along with four other countries for the pilot implementation of a World Bank-led project to develop “green accounting,” or the inclusion of the value of natural resources in measuring a nation’s economic progress.

Environment Secretary Ramon Paje made the announcement on Saturday from Washington D.C., where he represented the country at a high-level ministerial meeting on “natural capital accounting (NCA)” or “green accounting” organized by the WB on April 18.

Paje said the Philippines, along with Botswana, Colombia, Costa Rica and Madagascar, were selected as the implementing partners of the Wealth Accounting and Valuation of Ecosystem Services (WAVES) project of the World Bank.

WAVES is a global partnership that aims to promote sustainable development by ensuring that the national accounts used to measure and plan for economic growth include the value of natural resources.

In a statement, Paje said the Philippines was selected as a pilot country for the WAVES program because it was one of the very few nations that had been conducting an accounting of natural resources since the 1990s.

“The country was noted for accounting for our natural resources such as minerals and forests to provide policy makers with accurate information that could help them make better decisions regarding development priorities and investments that are feasible and sustainable,” he said.

Paje said his participation at the meeting underscored the Aquino administration’s focus on preserving the environment while pursuing sustainable, inclusive and resilient growth.

“It is very important for us to account for our natural wealth, to uphold the principle of intergenerational equity wherein we protect the interest of future generations by protecting our natural resources, especially those that are finite such as minerals,” he said.

Paje cited Executive Order No. 79, which institutionalizes and reforms the mining industry, as a “classic example of accounting for natural wealth for future development.”

“While increasing excise taxes from mining companies makes sure that the state gets its rightful share from mineral resources … there is a need to account for the resulting increase in government revenues by investing them in certain long-term infrastructure and programs, such as education and research,” he said.

“This way, even though the nonrenewable resources are extracted, future generations can still, though indirectly, enjoy them through improved goods and services and additional infrastructure,” he said.

WAVES was launched in October 2010 during the Conference of Parties to the Convention on Biological Diversity in Nagoya, Japan. The partnership was able to formulate and propose a program of international action on ecosystems accounting at the Earth Summit held in June 2012.

Advocates argue that “green accounting”  is more accurate in determining economic growth and its sustainability, rather than relying on traditional economic indicators such as gross domestic product.

With the GDP, for example, while income from mining or timber harvesting is recorded in national accounts, the simultaneous depletion of natural forest assets and mineral reserves is not accounted for.