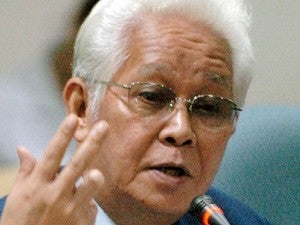 MANILA, Philippines—Commission on Elections (Comelec) chairman Sixto Brillantes Jr. is considering to ask President Benigno Aquino for a diplomatic post in Eastern Europe should he resign from the poll body.

He said this after Aquino reportedly said Friday that he would ask Brillantes to not step down.

“He doesn’t need to appeal to me, it is my decision,” Brillantes said. “I know what I will do.”

Brillantes previously stated that he is thinking about resigning after the Comelec suffered a series of legal setbacks at the Supreme Court (SC), the latest being the Temporary Restraining Order on the airtime limit rule.

He said that he felt like it was the high tribunal that was already running the elections instead of them.

Brillantes said he would likely make an announcement on his final decision on Monday next week.

“I will wait first to see the president, I’m planning to ask him if he can give me an ambassadorship, so I could rest because it is very tiring in the Comelec,” he said.

Brillantes has been working as chairman of the Comelec since January 16, 2011 serving the unexpired term of Jose Melo.

When asked why he would want to be an ambassador he simply said: “Pahinga (Rest).”

Brillantes said he would want to be assigned in countries in “Eastern Europe like Romania, Slovakia, or Hungary,” where there are few Filipinos