Philippines: A Jewish refuge from the Holocaust 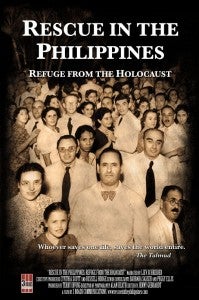 The 1993 Best Picture movie, Schindler’s List, informed the world about Austrian industrialist Oskar Schindler and how he saved 1,100 Polish Jews during WWII by hiring them as workers in his factory. A new documentary, Rescue in the Philippines: Refuge From the Holocaust, being shown this month in hundreds of PBS stations throughout the US, will now inform the world about Philippine Commonwealth President Manuel L. Quezon and the role he played in helping German Jews escape Nazi persecution in 1939 by providing them with visas and safe shelter in the Philippines.

The significance of Quezon’s actions can be appreciated in the context provided by another Hollywood movie, the 1976 film, Voyage of the Damned, based on the true story of the 1939 saga of the luxury liner MS St. Louis, which left Hamburg, Germany with 937 Jewish passengers bound for Cuba. When the ship landed in Havana, the Jews were refused entry, as the Nazi authorities expected. The ship then headed for Florida where the US government also refused to allow the Jews to disembark. After the ship was refused entry in other ports, it returned to Germany where its Jewish passengers were forcibly removed and dispatched to concentration camps for extermination. A Nazi official in the film declares: “When the whole world has refused to accept them as refugees, no country can blame Germany for the fate of the Jews.” 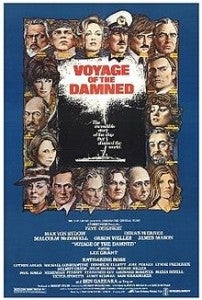 But at least one country can. In the year when the MS St. Louis was rejected by all the countries where it sought refuge, the Philippine Commonwealth accepted 1,300 Jews and was willing to accept as much as 10,000 more if the US State Department had allowed its commonwealth to do so.

The Washington Times reported on December 5, 1938 (“Quezon Urges Jews’ Haven”) that “the possibility of a haven for Jewish refugees from Germany was broached today by Pres. Manuel Quezon” who said “I am willing to facilitate entrance of such numbers of Jewish people as we could absorb…I favor large scale immigration to Mindanao, if well financed.” 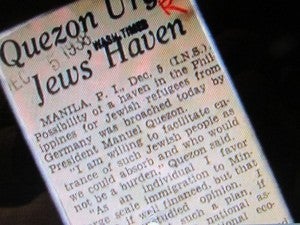 The untold story of the Philippine rescue of Jews was first prominently recounted by Frank Ephraim in his book, “Escape to Manila: From Nazi Tyranny to Japanese Terror” (University of Illinois Press, 2003), which was based mostly on his own eyewitness account as a child who was one of 1300 Jewish refugees who arrived in Manila in 1939.

According to Ephraim, the history of the rescue begins with the decision of the Frieder brothers in 1918 to relocate its two-for-a-nickel cigar business from Manhattan to Manila, where production would be cheaper. Alex, Philip, Herbert and Morris Frieder took turns overseeing the business in the Philippines for two years each joining a community that had fewer than 200 Jews. At its height, the Frieder brothers’ tobacco company in Manila produced 250 million cigars in a year. 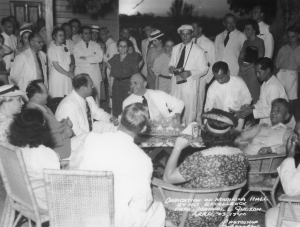 The idea for the Jewish exodus to the Philippines came in 1937, when 28 German Jews who had earlier fled Germany for Shanghai were evacuated by the Germans to Manila after fierce fighting erupted between Chinese and Japanese troops. The Jewish Refugee Committee in Manila, headed by Philip Frieder, was formed to help them settle in the Philippines. From these refugees, the Frieders heard first-hand accounts of the Nazi atrocities in Germany and the uncertain fate of the 17,000 Jews still stranded in Shanghai. 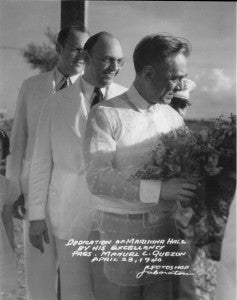 In their late night poker sessions, as Ephraim recounts it, the buddies hatched a plan for the Philippines to accept as many as 100,000 Jews to save them from persecution in Germany.

McNutt had served as National Commander of the American Legion and as governor of Indiana (1933-37) before Pres. Franklin D. Roosevelt tapped him to be the High Commissioner of the Philippines in 1937. McNutt’s task was to convince the US State Department to grant visas for Jews to enter Manila.

Col. Eisenhower’s task was to organize a plan to bring Jews to settle in Mindanao. In the Rescue in the Philippines documentary,Susan Eisenhower, President Dwight Eisenhower’s granddaughter, reflects on his involvement: “It’s one thing to sit around a card table and talk about a worrisome situation—even a dire situation. It’s quite another to actually take some action, and I think that’s why this is a story for all time.”

President Quezon faced the formidable task of winning over the anti-Semitic members of his own cabinet as well as those in the political opposition led by Gen. Emilio Aguinaldo who viewed Jews as “Communists and schemers” bent on “controlling the world”. In a letter written in August of 1939, Alex Frieder wrote of Mr. Quezon’s response: “He assured us that big or little, he raised hell with every one of those persons. He made them ashamed of themselves for being a victim of propaganda intended to further victimize an already persecuted people.”

To the members of his own Catholic Church who were prejudiced against Jews, Quezon asked: “How can we turn our backs on the race that produced Jesus Christ?”

In the Rescue film, Manuel L. Quezon III ponders his grandfather’s reason for helping the Jewish people: “I think for my grandfather, it was perhaps that simple. You have a country. You have a little authority. You have an opportunity. Someone has asked for refuge—which is the most basic humanitarian appeal anyone can make. You answer it.”

At the April 23, 1940 dedication of Marikina Hall, a housing facility for Jewish refugees that was built on land that he personally donated, Quezon said: “It is my hope and, indeed, my expectation that the people of the Philippines will have in the future every reason to be glad that when the time of need came, their country was willing to extend a hand of welcome.”

Quezon’s expectation of how future generations of Filipinos will feel about the rescue of the Jews during their time of peril had one flaw: the future generations never learned of the country’s noble deed. After the Rescue documentary was shown at its April 7, 2013 San Francisco premiere, a question and answer forum followed. One Filipina from Vallejo stood up and identified herself as having been a public school teacher in the Philippines before immigrating to the US. “How is it possible that I never heard of this Jewish rescue when I was a student in the Philippines, when I was a teacher there, all the way until I watched this film tonight?” she asked.

I went to elementary school at Letran College in Intramuros, Manila. Every day, for the 8 years I was there from kindergarten to 7th grade, I passed by the imposing bronze statue of Manuel L. Quezon, the school’s most distinguished alumnus. I thought I knew everything there was to know about Quezon until I stumbled on Frank Ephraim’s book in 2005 and learned for the first time about Quezon’s role as a “righteous gentile” and wrote about it then.

Why was this heroic episode hidden from the Filipino people? Why was it not included in Philippine history books? Strangely enough, what is recounted in the history books is that on November 29,1947, the Philippines was the only Asian nation to support the partition resolution at the United Nations creating a Jewish State in Palestine. 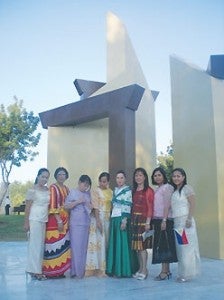 On June 21,2009, a monument to Manuel L. Quezon was unveiled at the 65-hectare Holocaust Memorial Park in Rishon LeZion, Israel’s 4th largest city located south of Tel Aviv. The monument designed by Filipino artist Junyee is called “Open Doors”. It is a geometric, seven-meter-high sculpture rendered mainly in steel and set on a base of marble tiles shipped from Romblon, showing three doors of ascending heights.

Speaking at the dedication ceremonies on behalf of the Philippine government, Tourism Secretary Joseph Durano said: “the monument celebrates the Filipino heart, a heart that touches others with compassion, a heart that makes one a blessing to the world.”   But that Filipino heart desperately needs to be informed about the noble act that made it a blessing to the world.

In his film, Izon seeks to “explore the rare confluence of the Pacific and European theaters. It juxtaposes momentous events in history such as the passage of the Nuremberg Laws on September 15, 1935 and, exactly two months later, the inauguration of the Philippines as a Commonwealth of the United States. One door closes and another opens…the story of a deep and improbable, international friendship borne of common adversity and intense love for freedom. Together, Filipinos and Jews struggled, endured and ultimately prevailed against overwhelming odds.”

Izon has a personal reason for making his film. He was born in Manila in 1946, the year after his “deathly ill” father was saved at a Manila hospital by Dr. Otto Zelezny, one of twelve physicians among the 1300 Jews who found safe haven in the Philippines. This film is his chance to thank the good doctor from Berlin who “made my life possible”.