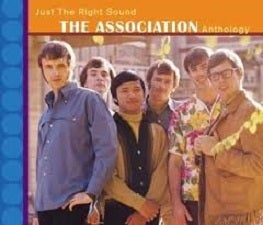 The Association album cover, with Larry Ramos (second from left)

LOS ANGELES – He shares the lead singing in the second most-played song on American radio in the past century, but few Filipinos have heard about him or know the impact he’s had on a generation of Asian American musicians.

“Never My Love” by The Association ranks No. 2 on the Top 100 Songs of the Century (according to BMI), sandwiched between the Righteous Brothers’ “You’ve Lost That Lovin’ Feelin” and The Beatles’ “Yesterday.”

Before Allan Pineda (aka Apl.de.ap, of The Black Eyed Peas), Arnel Pineda of Journey, Bruno Mars and countless other Filipino and Filipino-American musicians who are popular on radio, television and the Internet, there was Larry Ramos.

More than four decades ago, Hilario “Larry” Ramos was on the spotlight for his musical talent. Ramos is a Filipino-American who was born in Kauai, Hawaii. He was the sole brown and Asian face in an era of floppy-haired white guys who sang folk and soft rock.

Ramos was a member of the New Christy Minstrels in the beginning of the 1960s. He was later recruited to The Association in 1967, where he remains.

“It’s amazing to me that few if any Filipinos know that they have a groundbreaker in Larry,” says Gerald Ishibashi, a concert promoter, entertainer and former musician.

“Believe me when I say there were a lot of kids, like me, growing up as an Asian American, who remember seeing him on an album cover or television and saying, ‘Oh my God, there’s an Asian American in a mainstream band. I want to be just like him.’”

“Larry was the only one. And he wasn’t just in the back of the band. He was one of the lead members of the group,” he adds.

In a phone interview with Asian Journal, the 71-year-old Ramos, who now lives on a 300-acre ranch in Grangeville, Idaho and still performs, is oblivious to his renown.

“I guess I’m the first Filipino and Asian American to do anything [in the music industry],” he says. “During that time I was always the little brown kid who played the banjos. It’s really an enlightening thing. I never thought of myself as successful. I always thought this was a job.”

For Ramos, everything has come so easily when it comes to his entertainment career. He’s been chosen in every audition he’s ever been to. He’s never had to struggle or “try to make it,” he says.

“That’s why I’ve always viewed this as a job. Not a lifestyle. My wife says, I’m unconscious of my talents,” Ramos says.

Born in Kauai in 1942, Ramos is the second of three children of parents originally from Pangasinan (mom’s side) and San Fernando, La Union (dad’s side), Philippines. 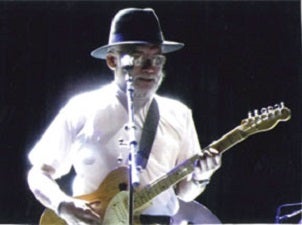 From the way he describes it, he’s been an entertainer his whole life. At the age of five, he and his older sister won a sing and dance contest in the state. Two years later, while playing the ukelele outside the gift shop his mother worked at, a talent scout from MGM discovered him.

He was cast in the Esther Williams film, Pagan Love Song, which was being filmed on the island. He says he played a duet with Williams in the film. He played the ukelele while she sang.

The part was edited out when the film was released in 1950, but the scene could be seen in the outtakes part of the “TCM Spotlight: Esther Williams, Vol. 2” collections, he says.

“I think my career would have really taken off in a different direction if the audience saw me in that clip. It was really cute,” he says.

No matter. His career was just beginning. His gift with the ukelele led to him being crowned champion in the state competition that same year. The grand prize: a trip to New York to perform in Arthur Godfrey’s “Talent Scout” show.

Seeing his artistic gift led his parents to move the family from Hawaii to Los Angeles.

Immediately after high school, he auditioned in front of the legendary musical theatre duo of Richard Rodgers and Oscar Hammerstein II, who then chose Ramos for the crown prince role in their nationwide musical tour of “The King and I,” which also starred renowned actor Yul Brynner.

After the tour ended, Ramos wanted to get back into music. He performed in local coffee shops in Los Angeles before being recruited to the New Christy Minstrels, an American folk rock group that had a regular appearance on “The Andy Williams Show.”

It was on Williams’ show and the advent of color television (when it was becoming the norm in households across the nation) that Americans like Ishibashi got a glimpse of the brown-faced gentleman with a guitar, who stuck out among his white peers.

Old clips on YouTube show Ramos as part of the predominantly Caucasian band, singing in the background with Williams in tunes like “I Can’t Stop Loving You” and “Michael, Row the Boat Ashore.”

Ramos spent four years with The New Christy Minstrels. “People really never knew who I was,” Ramos says. “They always said I was the guy from Hawaii.”

Though his Asian American look was accepted on television and the stage, it was a different story outside of it.

The 1960s was rife with social and racial discrimination. It was the height of the Civil Rights movement, and many Americans didn’t take kindly to those who looked different.

Ramos says there were times while the group was touring (especially in the Deep South in places like Alabama and Mississippi) where he had to watch his back.

“In the South, it was a prerequisite that I carry my ukelele,” he says, explaining that he had to look “Hawaiian.”

“Whenever we would check into a hotel room, they [the front manager or others] would always look at me sideways like, ‘What is he doing here?’”

“That’s when the band would all crowd around me and protect me like a barrier. Then one of my band mates would say, ‘He’s okay. He’s from Hawaii. He’s an American.’

“And the guy behind the front desk would say, ‘Oh. Okay.’ Like that makes me all right because I’m from Hawaii,” he says.

Ramos says he understands that those times were different, especially compared with now.

“There weren’t any Asians at the time doing what I was doing. I was the only one,” he says. “They’d probably never seen an Asian American up close before.”

After four years touring with the New Christy Minstrels, Ramos was recruited to join The Association in 1967, when one of its members decided to study meditation in India.

“He left at the worst time,” Ramos recalls. “We were at the height of our success.”

During his time with The Association, he sang co-lead when the group performed nationwide and other television variety shows like the “Ed Sullivan Show,” “The Smothers Brothers,” among several others.

That year alone, the group had four hit songs including “Never My Love,” “Windy” and “Cherish.” The band did well the next several years, but like all music that defines an era, their success didn’t last.

Today, he can’t even really listen to music. “I prefer my music to have good lyrics and a melody,” he says.

“A lot of music you hear today, you can’t remember what the song [is] or the melody. It lasts a few days and then you don’t remember it. Every so often there’s a good song.”

Like other bands, The Association broke up and re-formed over the years. They still perform every now and then in reunion shows, now with Ramos and his younger brother as members.

Ramos, who suffered a heart attack last year and who undergoes weekly dialysis, says it’s still shocking to him that he’s accomplished all that he has.

“Sometimes I have to look outside of myself when I think of everything,” he says. “When I first started, it was a job. This wasn’t a lifestyle for me. I didn’t think it was something I’d be doing the rest of my whole life.”

“I know I opened doors for a lot of Orientals, Asians and Filipinos,” he adds. “I know a lot of people don’t know who I was, but I’m flattered when people approach me and say that I was their inspiration for becoming a musician or entertainer.”

“I’m really happy and flattered,” he says. “If I did that for anybody.”

Read Next
PH mourns death of Britain’s Thatcher
EDITORS' PICK
Smart releases Hyun Bin’s second TVC
‘Justice will be done,’ Duterte assures as he vowed probe on Jolo incident to bare ‘truth’
Water remains our saving grace right now
EuroMillions Superdraw: A lottery draw unlike any other is coming to the Philippines
Current dominant strain of COVID-19 more infectious than original—study
DOLE: Return of OFWs’ remains from Saudi to be ‘delayed,’ deadline moved to ‘early next week’
MOST READ
Locsin warns of ‘severest response’ if China’s army drills in SCS ‘spill over’ to PH domain
BREAKING: Duterte signs anti-terror bill into law
Duterte tells military: No other president looked at you the way I did
Vico: Cleanup of bidding process saved Pasig gov’t P415M
Don't miss out on the latest news and information.