MANILA, Philippines – Overseas absentee voting in South Korea will continue despite the heightened tension on the Korean peninsula, the Commission on Elections (Comelec) said Monday.

“So far there has been no advice [regarding the situation in Korea]. We will continue the elections as long as there is no change in the [political] climate,” Comelec spokesman James Jimenez told reporters in a press conference. 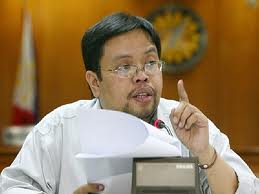 When asked if Comelec had any contingency plan in case hostilities break out, Jimenez said “as far as the Comelec is concerned our contingency plan will follow the plan of the Department of Foreign Affairs (DFA).”

He said that the overseas absentee voting in South Korea was just “an additional duty that is imposed on the DFA personnel, if [they] are told to get out of there, then there is nothing we can do.”

“Then we will have to talk about where we will divert the voters there,” Jimenez said.

As many as 5,887 registered voters in South Korea will cast their vote manually.

When asked whether the North Korean threat might scare away voters from casting their ballots, Jimenez said that Filipinos will most likely still vote.

“If it’s just tension in the air, or it’s just a fear that something might happen, I think they will vote anyway,” Jimenez said.