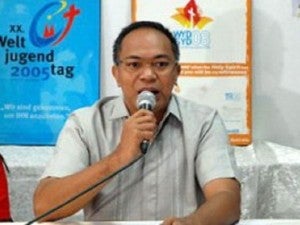 MANILA, Philippines—The escalating tension between North and South Korea has not affected the ongoing preparations for the 6th Asian Youth Day (AYD), which will be held in Daejeon, South Korea, next year.

In an article posted at the Catholic Bishops Conference of the Philippines website, the CBCP Episcopal Commission on Youth (ECY) said organizers of the AYD in the Diocese of Daejeon had not communicated any plans of postponing or canceling the youth gathering scheduled on Aug. 10 to 20, 2014.

“There is none so far,” ECY executive secretary Fr. Conegundo Garganta said when asked if AYD organizers issued any announcement relative to the turmoil in the host country.

The ECY organizes the Filipino delegates who will participate in the AYD and communicates directly to the AYD organizers under the host diocese.

Garganta said the ECY would start processing the applications of interested youth pilgrims towards the end of 2013.

He reminded Filipinos who might be interested to join the AYD that the event would be different from the World Youth Day (WYD).

“Though it looks like the WYD, the AYD is different. Even the mechanics for AYD set limitations in the number of delegates that each country can send to join the AYD, unlike the WYD which is open to all,” he said.

He added that the number of people joining the AYD would depend on the country’s Catholic population.

Garganta also said the AYD should not be an alternative to the WYD since the former is open to Asians only. He also encouraged young Filipinos to still participate in the upcoming WYD, which will be held in Brazil on July 17 to 28.