MANILA, Philippines — The Philippines’ arbitration case against China has moved a step forward after the president of the International Tribunal for the Law of the Sea (Itlos) appointed the second member of the ad hoc tribunal that would deliberate on the country’s bid to stop Chinese incursions into the West Philippine Sea (South China Sea).

The Department of Foreign Affairs (DFA) confirmed on Monday that the Itlos president, Judge Shunji Yanai, appointed Polish Itlos Judge Stanislaw Pawlak to the panel last week, leaving only three more slots to be filled in the tribunal. 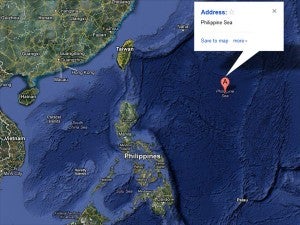 Pawlak will join the panel with German Judge Rudiger Wolfrum, the arbiter appointed by the Philippines when it announced its arbitration bid in January.

The Polish judge’s appointment is the first for Yanai, who took on the task of composing the arbitral panel after China announced its rejection of the proceedings.

Under the United Nations Convention on the Law of the Sea (Unclos), the international law the Philippines invoked in seeking arbitration, the Itlos president has the power to appoint members of the panel in case one party refuses to take part in the proceedings.

China waived its right to name its representatives to the ad hoc panel upon formally announcing its rejection of the proceedings.

“The next step will be for the Itlos president to appoint the other three members of the arbitral tribunal upon the written request of the Philippines,” DFA spokesperson Assistant Secretary Raul Hernandez told a briefing on Monday.

He reiterated that the arbitration would be a peaceful process to settle disputes in the contested waters.

“We stress that arbitration is a peaceful and durable form of dispute settlement pursuant to international law,” said Hernandez.

The Philippines went to the UN in January in hopes of halting Chinese incursions into the West Philippine Sea and nullifying China’s nine-dash line, which encroaches into established Philippine maritime boundaries.

The DFA had contended that the nine-dash line was an “excessive claim in violation of international law, the Unclos.” Both countries ratified the international law but disagreed on interpreting its letter, particularly on the matter of maritime boundaries.

The move specifically seeks to stop the Chinese occupation and construction on smaller islands in the West Philippine Sea that are claimed by the Philippines and hopes to compel the Chinese to respect the Philippines’ exclusive economic zone and continental shelf.

The DFA had said it took the legal action after exhausting all other means to peacefully settle the dispute.

But China rejected the Philippines’ move citing “indisputable sovereignty” over resource-rich territories in the West Philippine Sea and asserted that the issue should be resolved through direct negotiations between the two countries.

While impartial on the merits of the case, several countries have expressed support for the Philippines’ decision to take a peaceful step toward resolving the dispute, among them, the United States and Germany. The United Nations also took the same position.

Japan, which has its own territorial dispute with China over islands in the East China Sea, said the Philippines’ move was “understandable.”

“I think it’s understandable, the solution that [the Philippines is] seeking… they are not using force and they are trying to find the peaceful solution under the rule of law. So in that sense we totally understand the Philippine action,” said Japanese Ambassador to the Philippines Toshinao Urabe in a recent interview.

“We’re just waiting for what’s going to happen. So we totally understand the action, but we’re not taking sides,” he said.

The envoy happens to know the Itlos president, a compatriot, and remarked that the judge would be fair in handling the arbitration case against China despite its dispute with Japan.

“It doesn’t matter [that the Itlos president is Japanese]. It’s under the rule of law. And I know him. He’s a very impartial person, a very understanding person and I don’t think he will use his position to advance the national interest,” Urabe said.