World switches off for Earth 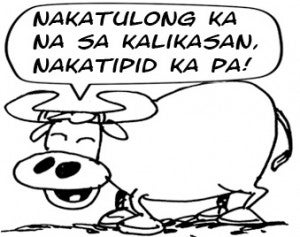 MANILA, Philippines—It was switching off lights for a cause.

The Empire State Building, the Eiffel Tower and the Kremlin—along with a slew of other landmarks around the world—went dark on Saturday to draw attention to climate change.

In a symbolic show of support for the planet, people across the continents switched off their lights for 60 minutes—all at 8:30 p.m. local time—to make “Earth Hour.”

In the Philippines, households and business establishments also took part in the activity.

There was a significant drop in power consumption in Metro Cebu on Saturday night. But the reduction in power use on the islands of Panay, Negros, Bohol, Samar and Leyte was smaller than what they posted in past Earth Hour commemorations.

Earth Hour originated in Sydney in 2007 with a simple appeal to people and businesses to turn off their nonessential lights and electric appliances for an hour to raise awareness of carbon pollution.

“I think the power of Earth Hour is in its ability to connect people and connect them on an issue that they really care about which is the environment,” said Dermot O’Gorman, head of World Wildlife Fund-Australia as the city stood in darkness.

“Earth Hour shows that there are millions of people around the world who also want to do something.”

In bustling New York, that’s exactly what happened when the Empire State Building pulled the plug on its nighttime brilliance.

Only obligatory security lights remained aglow on the Ferris Wheel at the Santa Monica pier several hours later as dozens of California communities joined in.

The pylons at Los Angeles International Airport displayed solid green while lights were turned off or dimmed for an hour at venues in the city, including the Staples Center and the Nokia Theater.

In Argentina’s capital Buenos Aires, the city’s Obelisk, planetarium and other monuments and public buildings did the same.

In Paris, the city of light, the Eiffel Tower turned off its illumination—but only for five minutes due to security reasons.

Moscow’s Kremlin went dark for a full hour for the first time, following a decision by President Vladimir Putin.

Saint Mark’s Square in the heart of Venice switched off its lighting, turning to candles instead.

In the Serbian capital Belgrade, the national parliament, the national museum and all five bridges were among the landmarks that went without illumination.

In neighboring Bosnia, the lights went out at Sarajevo cathedral and at the Old Bridge in the southwestern town of Mostar, which dates back to the Ottoman Empire.

Earlier, Sydney had kicked off the event to cheers and applause from a small crowd that had gathered to see the skyline dim and Sydney Opera House turn a deep green to symbolize renewable energy.

“It’s been a very inspiring night because it’s all about hope and change,” said Jessica Bellamy, one of the spectators.

Japan switched off soon after Australia, with the illumination on the landmark Tokyo Tower dimming down as visitors were given the chance to pedal bicycles to generate power to illuminate an egg-shaped artwork.

In the Chinese capital Beijing, lights went out at the former Olympic stadium, the “Bird’s Nest,” while in the commercial hub of Shanghai buildings along the famed riverfront Bund took part.

Hong Kong’s iconic skyline appeared to vanish into the night as the neon lights and advertising boards that usually brighten the sky were turned off, leaving the harbor in darkness.

In Singapore, a crowd of almost 1,000 people watched from a floating platform as landmarks on the skyline dimmed, before a pulsating musical performance had people dancing in the dark ahead of a film screening.

Based on data of National Grid Corp. of the Philippines (NGCP) submitted to the Department of Energy (DOE) field office in the Visayas, the total drop in the Visayas grid at 9 p.m. on Saturday was 42.43 megawatts.

Engineer Noel Hechanova, Iloilo City environment officer, said the small drop in consumption could be due to a lack of coordination in the campaign of various groups and sectors that joined the activity.

Antonio Labios, director of DOE Visayas field office, said it was difficult to pinpoint one reason for the smaller load drop.

Only Cebu registered a bigger drop in power consumption at 17.15 MW than last year’s 15-MW drop, the NGCP report said.

The report affirmed data from Visayas Electric Co. (Veco), which showed a big drop in power use in its franchise area. Veco is serving 340,000 customers in Metro Cebu—from Liloan town in the north to San Fernando town in the south.

Saturday’s figure, however, was lower than the reduction in power consumption of 13.25 MW in the 2010 Earth Hour.

Major malls, business centers, hotels and a shipyard were among the participants of Earth Hour in Cebu.

Fortune Shipworks, a ship repair and builder in Barangay Tayud, Consolacion town as well as SM City malls in Cebu City and in Consolacion also joined in the switch off.

The common area lights in the Cebu Business Park (CBP) and the Cebu IT Park were also turned off. Both are flagship projects of Ayala-owned Cebu Holdings Inc. (CHI) and Cebu Property Ventures and Development Corp. (CPVDC).

At McKinley Hill in Taguig, Metro Manila, executives of real estate developer Megaworld led the ceremonial lighting of the torch at Venice Piazza at 8:30 p.m., marking the moment the lights were to be switched off.